The making of a stacked macro photo 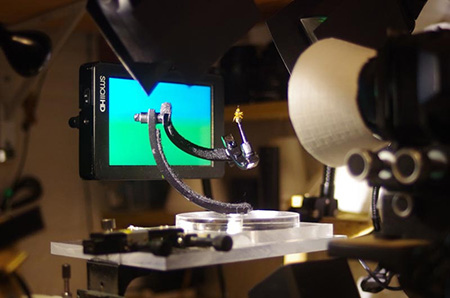 Have you ever wondered how to capture extreme macro images with greater than life-size magnification?  In this article, we'll be taking look at the technique that'll get the job done by walking you through an example image shot with a Pentax K-7 rig.

When my wife decided she'd had enough and went on one of her ballistic flyswatting rampages, I took this as too good an opportunity to miss out on for some extreme macro photography. And whilst one fly is good, two flies is even better, and her anti-fly mission was so devastating that I soon had a collection ready to give this challenging shot a go! Focus stacking is a niche branch of macro that actually only became possible with the advent of digital photography. Stacking is an attractive digital option because the laws of physics dictate that depth the of field at magnification will be very narrow before diffraction limits kick in, and this technique overcomes that problem. Stacking requires digital stills taken at many different focus points - because they have to be blended electronically in order to create one master "all in focus" image. Shooting the stack and combining the images are both slow processes - a typical finished stack would combine several hundred stills with subsequent overnight processing on a reasonably beefy PC. 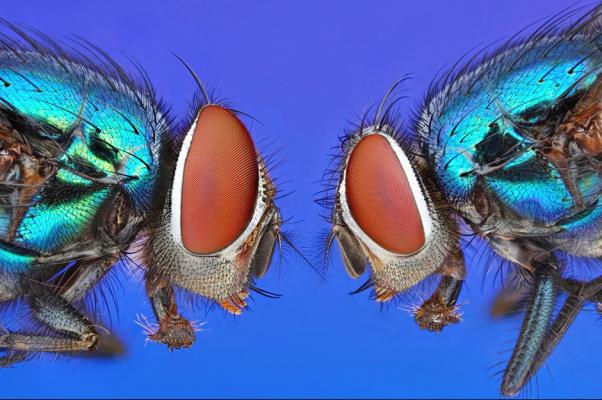 The completed stack, after postprocessing with Noise Ninja and Topaz Detail (click to enlarge)

The challenges in this sort of photography start at the outset. Arranging and cleaning the small arthropods so that they photograph well is by itself a whole branch of entomology, the skills for which are usually the preserve of professional museum curators and college entomologists. This is a world filled with curious terms such as 'spreading' and 'relaxing' insects; a craft requiring deep reserves of patience and complete attention to detail. Preparing one specimen is itself a challenge but doing two together, trust me, made for some colourful language.

About The Author
Nass

Great writing! Thanks for sharing.

Hello! Thank you all for your nice comments! Took about 8hrs in total (1 hr prep, 2hr stacking, 3hr processing variations to get best out, 1 hr...

Looks incredible. What is the magnification?

Wow - Terrific image and a great article. You must have a lot of patience, how long did the whole process take?