When autofocus can let you down 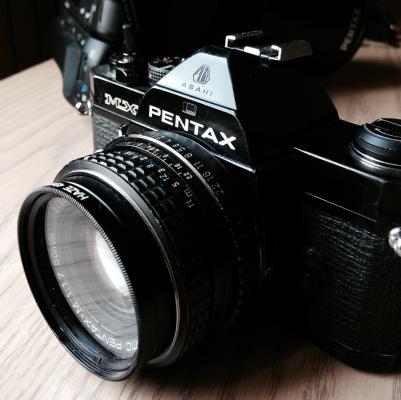 Pictured above is the earliest camera model with which I began my work: the venerable Pentax MX. The times have since changed. When rebooting in digital, I felt a little strange adjusting, particularly with respect to the viewfinder. When I picked up the white Pentax K-r as my first digital SLR, I had to relearn the basics.  With a tighter field of view, a viewfinder covered in metadata rather than a light meter, and an autofocus system, the digital K-r was a big change.

With time, I had figured out what was bothering me. Instead of doing the split image manual focus in the center of the frame like many film-era bodies including the MX, I found my K-r being very responsive with its autofocus. It was perhaps even unwieldy as a little AF unpredictability caused me a lot of concern.

While some appreciate the jackrabbit AF systems of modern cameras, I did not. Parsing through the manual, I found what might have been the setting to make me feel back at home: autofocus point adjustment. I could choose from an 11-point auto mode, 5-point center cluster, or center-only, which is what I desired. Changing to center AF was such a massive improvement to how I use the camera, that it was among the first things I had done with my encore, the K-5IIs.

Predictable, Not Particular
By beaconsfield22 on Jun 16, 2014

Like many others this was the first alteration I made on my first digital (iSTDS) and the current K5. The whole purpose of having a DSLR is so you...

Predictable, Not Particular
By YARADNYL on Jun 16, 2014

Agreed! The first thing I do with a new camera is set the AF to center point. I cannot leave an important function like focal point to the camera,...

Predictable, Not Particular
By audiobomber on Jun 13, 2014

Nice article, thank you. Until last summer, a simple P&S has been my only camera. Picking up the K-30 and teaching myself the basics of...

Predictable, Not Particular
By kentishrev on Jun 10, 2014

I find your article very interesting. Being an old time film guy, I am going to give this a try.

Predictable, Not Particular
By mdodrill on Jun 8, 2014