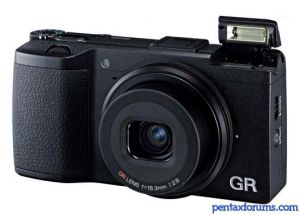 Yet another ricoh gr "quick first impression review" that makes it to the front page...

I don't think the GR quite compares to the x100 because the GR does not have a viewfinder. To me the presence of the viewfinder puts the...

I would love to see a comparison of this camera with the Lumix LX7. I know they're not identical - the Lumix has a Leica zoom lens and is...

LOL @ IchabodCrane. I am not sure the intent was to provide a gallery quality image. Just tilt your head a little. It isn't so bad...