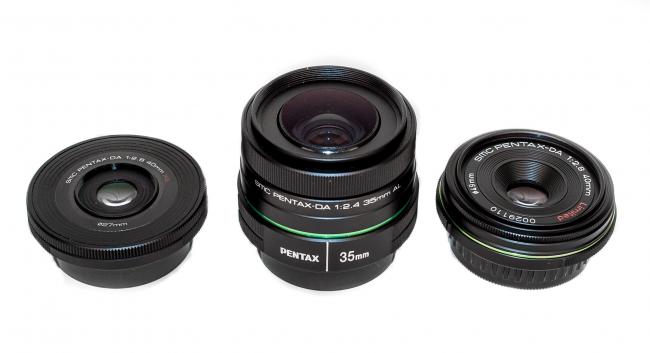 A "normal" prime is typically the first lens a photography enthusiast will pick up when they’ve outgrown the kit lens(es) that originally came with their camera. In the days of film SLRs, these ranged from the typical 50mm lenses (offered with f/1.2, 1.4, 1.8, and 2.0 maximum apertures) to 55mm and 58mm variants. However, the true normal focal length, i.e. the one that most closely approximates the field of view of the human eye, is 43mm. This is why Pentax released the rather unusual 43mm f/1.9 Limited in 1997, toward the end of the film era.

In the digital era, at least for Pentax, the definition of "normal" in terms of focal length had to change to fit the 1.5x crop factor of the company’s APS-C dSLRs. With the field of view cropped, a 28mm lens gets you close to the ideal 43mm "normal" range, and a 35mm lens effectively puts you just on the far side of the 50mm mark. Finally, a 40mm lens gives you roughly the same FOV as a 60mm lens on a film, which isn’t too far off from the 58mm primes of yore.

Today, Pentax makes at least six lenses that cover this spectrum, including illustrious members of the DA Limited and FA Limited lines as well as cheaper un-Limited DA and FA primes. In this review, we will compare three of these—the DA 35/2.4, DA 40/2.8 Limited, and DA 40/2.8 XS—to see which lens excels for what purpose, and which is the best overall value as a normal prime.  Read on for our Pentax normal lens shootout!

Next: What's in the Box / Specifications

Ready to get your Pentax DA 35mm F2.4 or 40mm XS or 40mm Limited? Click below to place an order or check current pricing. 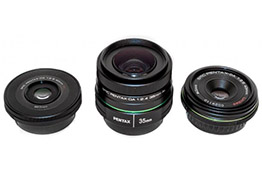