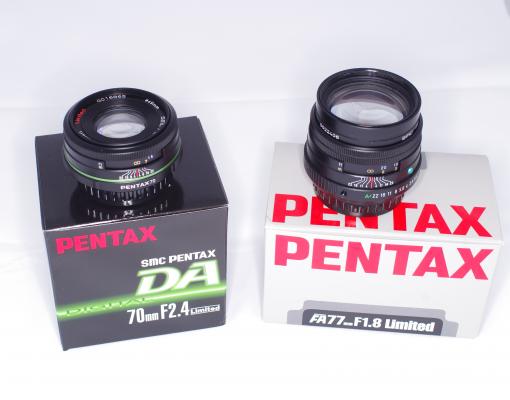 What characteristics and qualities create an exceptional lens? Well, you can test a lens for sharpness, chromatic aberrations, distortion, and bokeh. You can rate the lens for its handling, construction, and value/cost, but in the end the true measure of a lens is what the end user thinks of it. In this review we will be comparing two highly rated prime lenses, the DA 70mm f2.4 Limited and the FA 77mm f1.8 Limited.

The FA 77mm currently has 61 user reviews and the average rating is 9.78, which makes it one of the highest-rated lenses at the PentaxForums.com. The DA 70mm f2.4 has 64 user reviews with a rating of 9.39. In this comparative review, we will take an in-depth look at both DA 70mm f2.4 and the FA 77mm f1.8. Do these lenses live up to the ratings that the users have assigned to each one? First and foremost is that both lenses are part of the prestigious Pentax limited line. The limited lenses are constructed of high grade aluminum and feature quality optics with tight tolerances. Both lenses are available at B&H and Adorama. The DA 70mm retails for about $699 and the FA 77mm retails for $784. The used price for both lenses is a little cheaper with the average of $450 and $650 respectively. Both lenses are considered a medium telephoto.

Normally you'd expect the word "Limited" to refer to limited-time production.  In Pentax's case, however, this simply means that the lens features a metal construction, premium optics, and is built to be compact.  Ironically, limited silver versions of both these lenses have been produced in the past and are now discontinued. 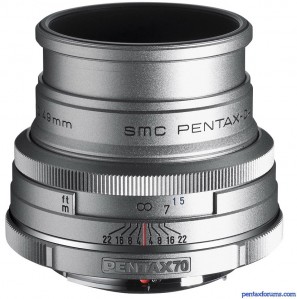 Ready to get your DA 70mm or FA 77mm Limited? Click below to place an order or check current pricing. 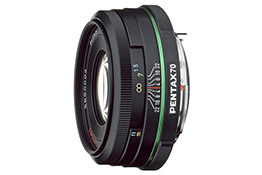