In the majority of cameras, the shutter can be found just just in front of the sensor.  Some compacts have the shutter built in to the lens. The shutter opens for a set amount of time to let light through the lens and onto the sensor, and then closes again. The longer it stays open the more light is let in. The time it is open is either controlled by the automation in the camera or by the photographer by turning a shutter speed dial on the camera. Just before the shutter opens the mirror flips out of the way. The below image of a cut-in-half Pentax 645D illustrates the placement of the shutter in a DSLR or SLR camera: 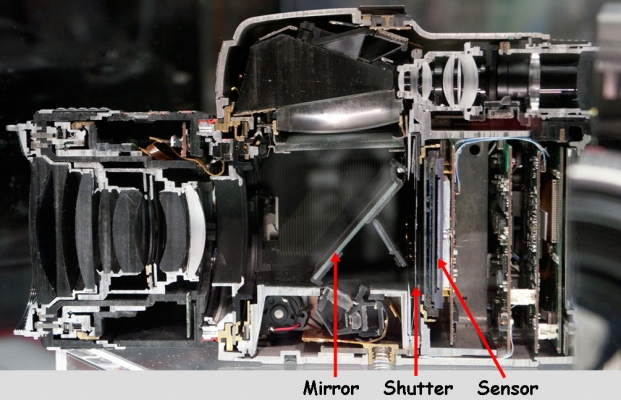 The shutter placement in a 645D (click to enlarge)

The time interval during which the shutter is open is called the shutter speed (or "time value" Tv) and is indicated in seconds or fractions of a second. The scale in full EV values (or "steps") runs like this taking a Pentax K-3 as the example:

The next smaller number lets in half the amount of light as its neighbor to the left: 1/250s lets in half the light as does 1/125s (the scale is rounded a bit - 8s is not exactly half the value of 15s for example; this means nothing in practice).

The scale in half stops starts out like this with the interim values displayed being approximations of the speeds truly set:

Homework: Set your camera to M exposure mode and run it through the range of shutter speeds available on your camera model and familiarize yourself with how the values are displayed.

The Effect of Shutter Speed

By taking control of the shutter speed the photographer gets a versatile creative tool to his/her disposition.

The shutter speeds span a very large number of steps of exposure values and using a long shutter speed is the main tool for low light photography. Switching from M exposure mode to B (Bulb) even allows for speeds longer than 30 seconds (timed manually with a stop watch, say).

When hand-holding photos in low light, you must be sure to choose a shutter speed that's fast enough to eliminate camera shake.  Thanks to stabilization in most modern cameras/lenses, sharp images can be obtained at much slower shutter speeds compared to the film era.  Experiment with hand-holding in low light to discover the required shutter speed for your particular lens/focal length. 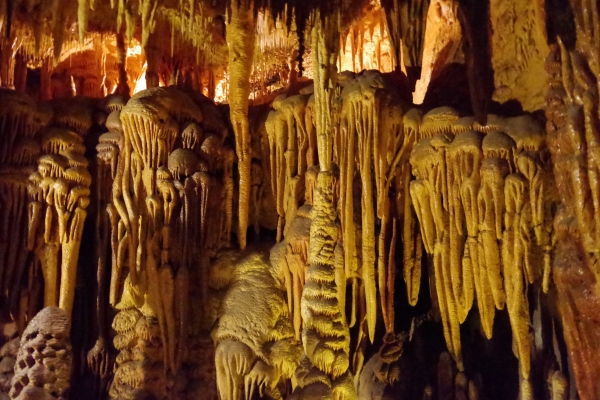 Hand-held photo taken at 1/8 of a second

Note that if there's a moving subject in your scene, you will likely have to use a faster shutter speed than normal to freeze it.

This example illustrates why you cannot always rely on the camera to determine the shutter spreed! You must maually take charge, decide how you want the clouds rendered, set the appropriate shutter speed, and then use then use the light meter to set the matching aperture (and ISO). At night it is convenient to use the status screen on the rear monitor for setting the exposure. These are the adjustments made for the leftmost image:

We started out by setting the desired shutter speed: 30s. The meter showed overexposure to we changed the aperture to 9.5 which indicated 1 stop underexposure. Bumping the ISO to 200 took care of that.  The aperture could have also been reduced to F6.7 for the same exposure.

As we already saw with the image of the sky above, a fast shutter speed freezes action and a slow shutter speed creates motion blur. So what if our goal is to photograph cars in motion, shouldn't we just use the fasted shutter speed possible?

The answer is no, not if we want to convey a true sense of motion. We must select our shutter speed carefully and pan the camera with the movement. With just the right shutter speed you can render the car tack sharp with a blurred background that makes the car stand out! 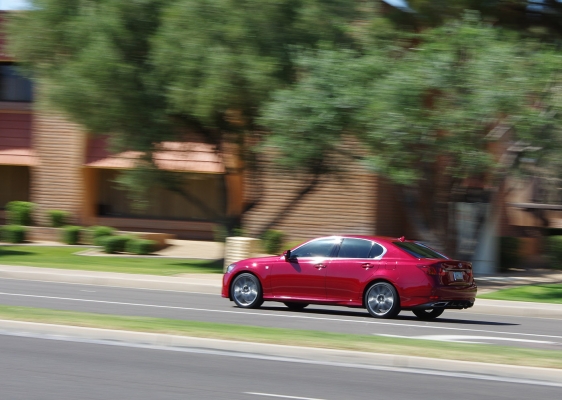 Who would have thought that all we need is 1/60 second!  Thanks to the panning, even at this slow of a shutter speed the car is so sharp that one can read the license plate in the unscaled original of this image!

A too fast shutter speed just makes a moving car looked like it's parked in the middle of the road.  This doesn't work well at all: 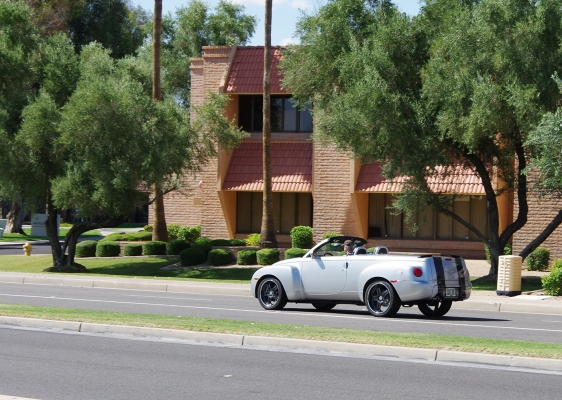 Conclusion: Don't let the camera chose the shutter speed for you when doing action photography— you need to be in charge of this all-important parameter!

Tip: If your only concern is setting the right shutter speed for a given scene you should check out the Tv semi-automatic exposure mode. In Tv mode you set the shutter speed and the camera will set a matching aperture (and also adjust ISO as required if in auto-ISO mode).