With the demise of the Pentax X70 and X90 cameras, Pentax no longer offers a camera with a non-interchangeable zoom lens and a view finder. We will therefore take a look af the recently introduced Fujifilm X10 which would fill the gap between the Pentax viewfinder-less point-and-shoot cameras and the Pentax DSLRs.

The Fujifilm X10 is basically a point and shoot with a non-interchangeable zoom lens, but in an appealing retro design and of much better build quality that your traditional point-and shoot. Thanks to a larger sensor, it also provides better image quality than your standard point-and-shoot, as well as lots of manual controls.

The also recently introduced Pentax Q is an ultra compact, mirrorless, interchangeable lens camera. The Q is inspired by a Pentax DSLR in its shooting modes, menus and interchangeable lens capability, so where the Fujifilm X10 is a step up from a point-and shoot, the Pentax could be considered a step down from a DSLR. 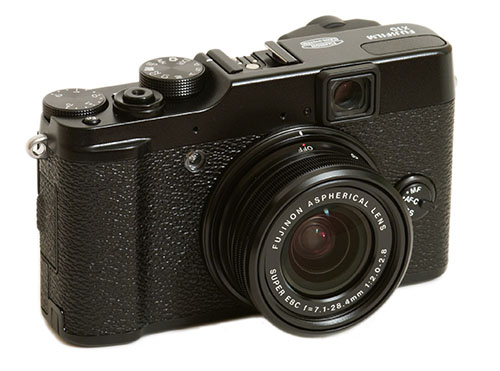 Fujifilm X10, The Camera Pentax Should Have Made?

We hope we address this question with this review of the Fujifilm X10 in combination with our in-depth review of the Pentax Q which can be found here.

In September 2010 Fuji introduced the Finepix X100, a retro-designed APS-C range finder camera with a fast non-interchangeable lens with a fixed focal length. It was a bold move to introduce a fixed focal length camera at a high price point, but the X100 became very popular despite its hefty price tag well over $1000. Fuji is now following up on that success with the similarly-designed X10, which is more compact thanks to its smaller sensor, has a zoom lens in stead of a prime lens and thus is a more versatile camera. To top it off the price is significantly lower than the X100: the MSRP is $599. 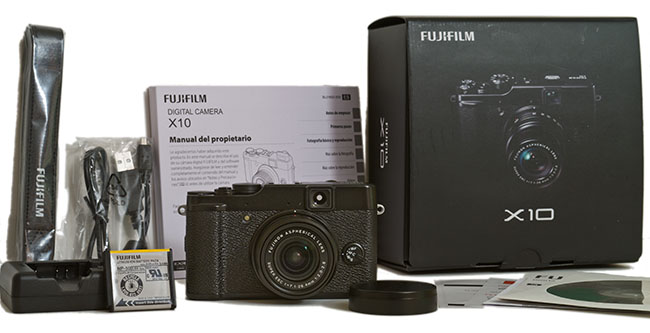 The Fuji X10 comes with the following in the box:

Ready to get your Fujifilm X10? Click below to place an order or check current pricing.