When testing the most important aspect of the 150-450mm— its image quality— we were constantly surprised by its high level of optical performance.  All in all, the lens almost never gets in the way, thus letting photographers take their creativity and technique to the limit. 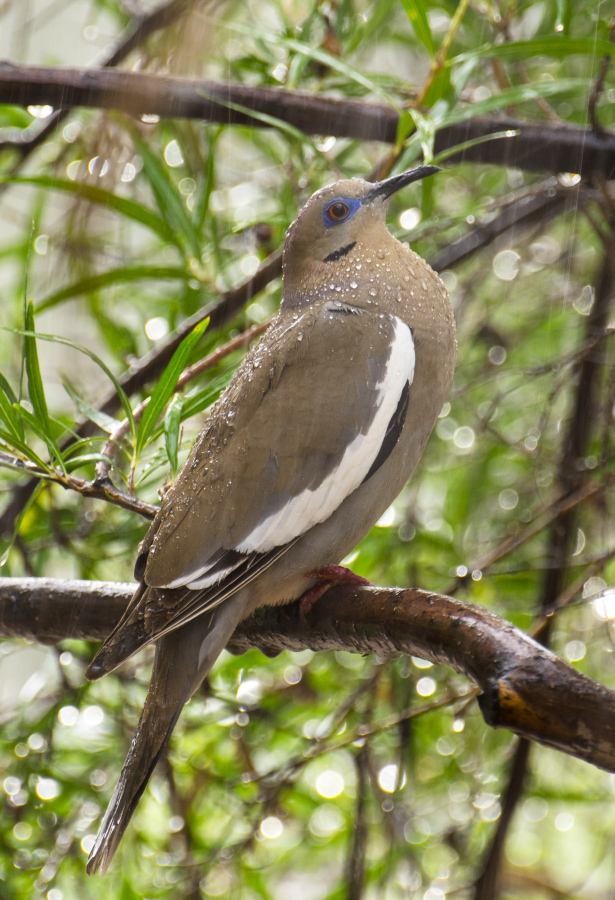 The lens metered accurately with only a slight tendency to underexpose when we paired it with Pentax K-3 and K-S2 bodies.  As underexposure can lead to the use of faster shutter speeds, it's not even a bad thing with this particular lens.

Our photos turned out to have plenty of contrast and generally accurate colors, though the two cameras we tested were both eager to produce warmer tones in their default "bright" image modes.  We thus recommend tweaking your Custom Image settings in-camera or simply using custom RAW profiles.

More technical aspects of the 150-450mm's optics are discussed in the following sections.

Rendering sharp images is the 150-450mm's forte.  Stopping down by just half a stop is enough to bring the lens's performance close to its peak.  From F5.6/6.7 through F11, the lens is all about detail, as illustrated by the sample below: 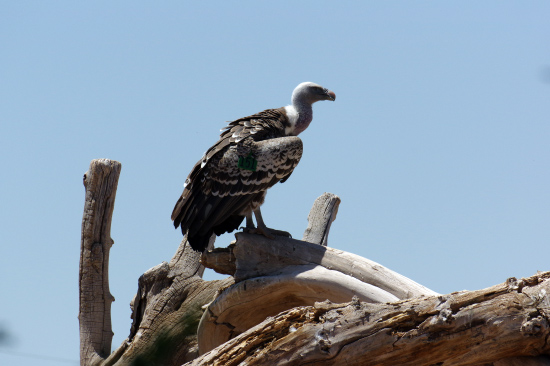 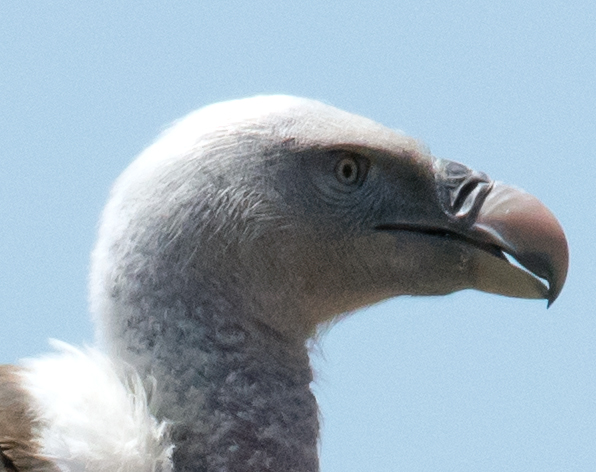 Wide-open at 150mm is quite good, though we do recommend stopping down to F6.7 at the long end whenever possible.  The 100% crops below show how the center sharpness improves as we stop down the aperture:

The corners and edges (not pictured) can be a little soft, and they do exhibit glowing edges and slightly lower contrast at wider apertures.  Everything sharpens up nicely by F8, at which point you can expect corner-to-corner performance.  Refer to the sample photos section for examples of corner sharpness.

In all likelihood, the 150-450mm's optical performance won't be the limiting factor when it comes to the sharpness if of your photos.  Instead, the stability of your tripod and/or your shooting technique will be put to the test.  Since you might often need to use higher ISOs to be able to use sufficiently fast shutter speed, we strongly recommend sticking to RAW mode at all times.  We were not satisfied with the level of detail in out-of-camera JPEGs from the K-3 when using this lens at ISO 400 and 800, as the noise reduction kicked in and blurred fine details.

Thanks to its many corrective elements, the 150-450mm produces photos that are free of fringing except in extreme scenarios.  You might notice some chromatic aberrations (purple and yellow fringing) toward the edges of your images at wider apertures, or when photographing strong highlights.  Red/green fringing is so insignificant that you might not even be able to spot it when pixel-peeping.  A minuscule amount is visible in the 100% crop at the top of the sharpness section.

The DNG version of the moon photo below shows the worst-case scenario for chromatic aberrations.  Be sure to uncheck the aberration corrections which have been applied. 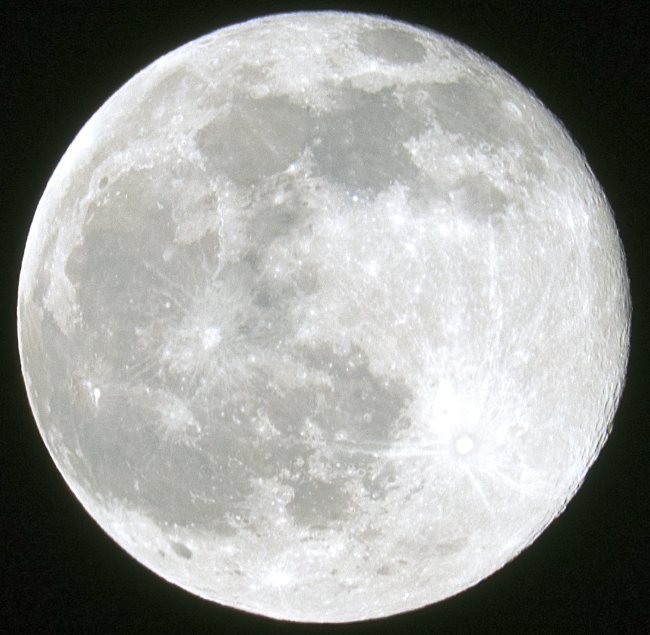 Our main complaint— and it's a minor one— relates to the presence of fringing in out of focus hot spots, such as the bokeh of this image.

Speaking of bokeh, the 150-450mm is capable of rendering some extremely creamy backgrounds thanks to its rounded aperture blades. 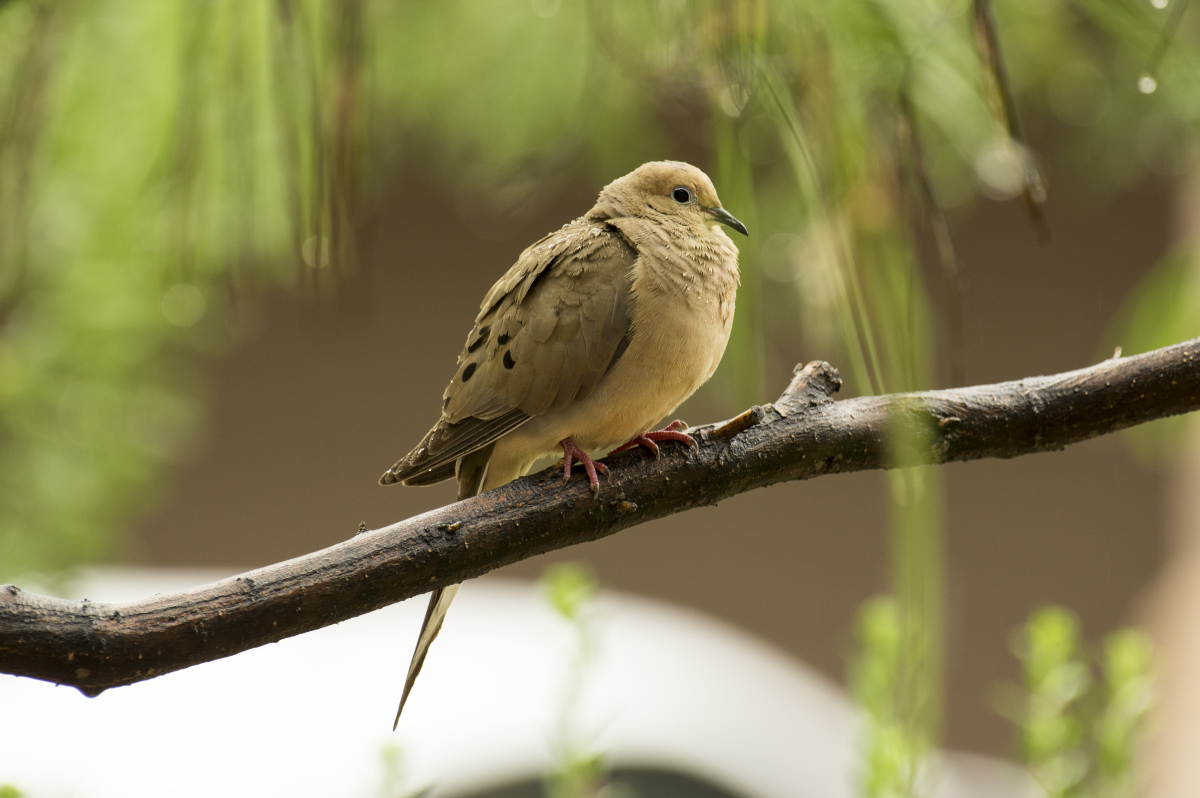 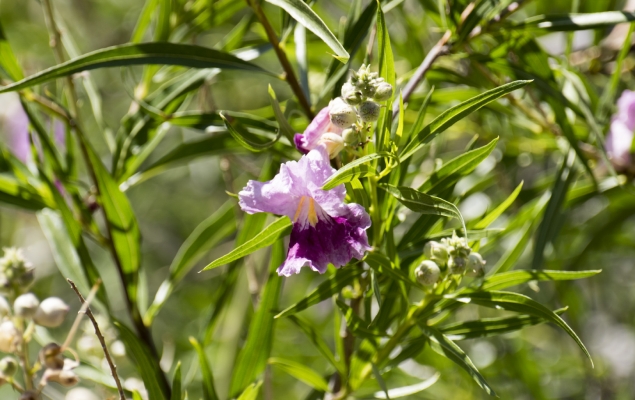 It struggles a bit more with busy backgrounds or when objects are very close to being in focus, but otherwise performs quite well for a zoom.  Refer to the same photos at the end of this review for more examples.

The Pentax HD coating employed on the 150-450mm is an improved version of the original SMC multi-coating.  It boasts a lower reflectance, which reduces the impact of lens flare and ghosting.  We did not observe a significant amount of either in our real-world images.  Flare is unlikely to occur in practical shooting scenarios as it will only manifest itself when a very strong light source is present near an edge of the frame.

To provoke flare, we had to shoot a 500W studio floodlight at minimum range: 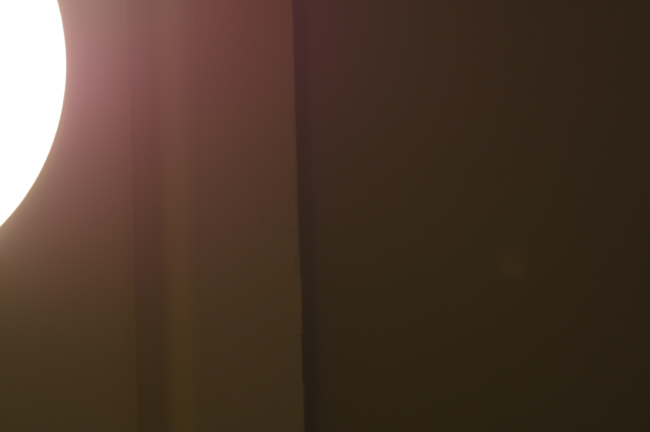 Even here, the flare is hard to spot and easily edited out.  Just chromatic aberrations, ghosting and flare is a non-issue in practice with this lens.

Light falloff is very well-controlled by the 150-450mm on APS-C.  At the 150mm setting, the vignetting is as good as gone by F5.6.  At the long end of the zoom range, the vignetting is a bit more pronounced but still of very little practical significance.  It effectively vanishes by F8.

Click on either set of images in the grid below to enlarge and compare the results.

We did not need to apply any vignetting correction to the sample photos found throughout this review, so we consider it to be a non-issue overall.

Only slight pincushion distortion is exhibited throughout the 150-450mm's zoom range.  Just like the vignetting, we find the distortion to have little practical impact on the final product and did not need to correct it in our developed DNGs.

The grid below is representative of the lens's distortion at all zoom settings, as the nature and severity of the distortion does not change significantly as you zoom. 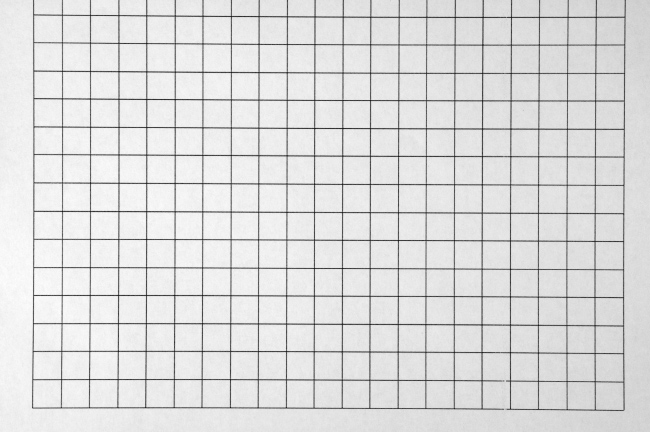 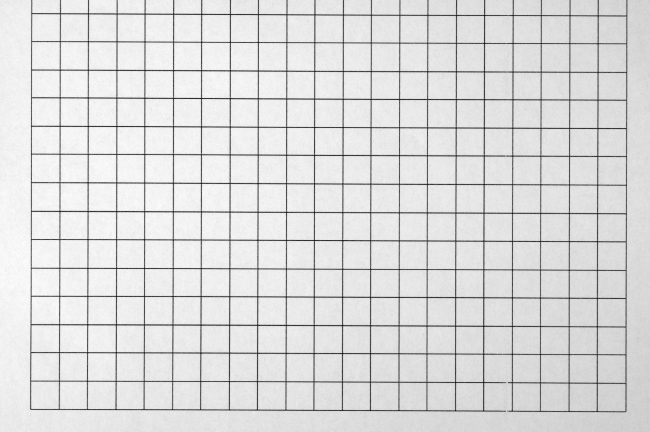 Note that in-camera corrections can be enabled to effectively correct any traces of vignetting, fringing, and distortion in JPEG files.

F4.5 is available until 300mm, at which point F5.6 becomes the widest selectable aperture.  Similarly, past 300mm F27 is the minimum aperture, up from F22.

On APS-C, the 150-450mm has proven to be a superb example of modern optical engineering.  We of course won't know the whole story until we test the lens on full frame, but those planning to use this lens with the Pentax K-3 and future APS-C flagships will certainly not be disappointed.

We have not yet tested the 150-450mm with the HD 1.4x teleconverter, but we plan to do so in our full in-depth review.  We expect the teleconverter to work well and make this lens an even more versatile choice for shooting distant subjects.