In October of 2013, Ricoh officially announced their newest telephoto zoom, the HD DA 55-300mm F4-5.8 ED WR at an MSRP of $449.95 and £399.99. The first and so far only consumer weather sealed telephoto zoom with this kind of reach offered by Pentax, it marks yet another lens optimized for APS-C released by Pentax, almost double the nearest competitor's total when it comes to lenses for the ubiquitous crop sensor. 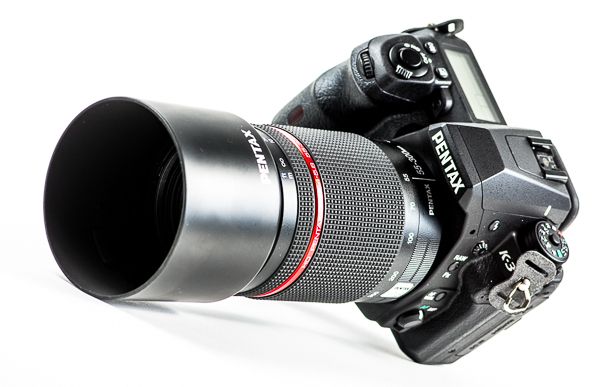 The smc DA 55-300mm F4-5.8 ED was released in 2008, and we are proud to present this review of a weather-sealed upgrade to this forum-favorite. Yes, that makes a five-year span, but better late than never, especially when consumer grade weather-sealed lenses are neglected entirely by competing manufacturers.

Since the arrival of the smc DA 55-300mm F4-5.8 ED, that lens has been lauded as one of the most popular and thus favorite lenses of the Pentax arsenal, averaging a total of 8.63/10 over the span of 93 reviews (as of the publication of this review in January 2013), the sixth-most reviewed lens ever out of the several hundred lenses in our entire database. And because of its availability to consumers based on its relatively low price, it was without fail one of the most frequently recommended "second lenses" for beginners - or the lens to get immediately after feeling the need to branch out from the standard kit lens for that "just a bit further away" reach only a high focal length can provide. This is emphasized by the 98% of those reviews whom stated they would recommend that lens.

As one can imagine with such a level of popularity, our Pentaxians have collectively come to truly know the ins and outs of this K-mount favorite, and one of the most universally agreed upon complaints is the lack of weather sealing in the original form. Another lens within the Pentax line-up, the lesser DA 50-200 F4-5.6 ED WR telezoom, was offered in both sealed and non-sealed versions, so why not the far more popular (and versatile) 55-300mm option? Otherwise, the only way to capture distant subjects despite Mother Nature's unpleasantries was to break the bank and go straight to the SMC Pentax-DA* 60-250mm F4 ED [IF] SDM or the SMC Pentax-DA* 300mm F4 ED [IF] SDM, lenses that are both in an entirely different price and size category as they are geared more toward professionals and advanced enthusiasts. Not exactly the most settling realization for the photographer that wanted to take his or her weather-sealed Pentax into the 'wet 'n wild' on a budget. Until now...

Continue on to the rest of this in-depth review to see if the HD 55-300 truly is a worthy 'Mark II'! 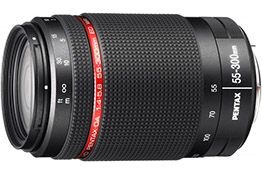