Lensbaby has been around as a lens manufacturer since 2004. The company's lineup is like none other: their lenses provide unique features such as selective focus, creative apertures (somewhat like the Lomography Daguerreotype that we reviewed in 2017) or tilt. Lensbaby's products are not meant to produce razor-sharp images, but rather to create effects hard to achieve with more traditional lenses.

In February 2018, Lensbaby announced the Burnside 35mm F2.8 lens. Upon casual inspection, this lens looks like a departure from the company's DNA: a traditional lens body, no knobs or struts, a common focal lens. A closer look shows that the Burnside does follow the company's philosophy, however. 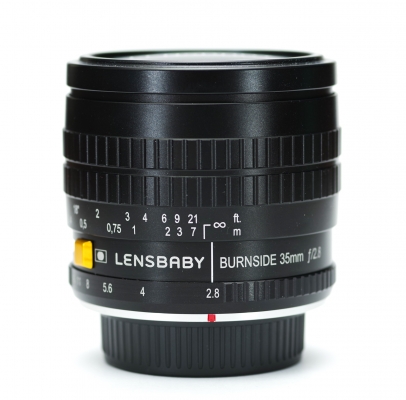 The Burnside is, according to the manufacturer, the first wide-angle Petzval lens ever made. The Petzval lens was introduced in 1840 and was the first "portrait" photographic lens ever sold. Its design allowed improved control over spherical aberration, astigmatism and coma, at the price of increased field curvature (reducing sharpness in the corners) and vignetting.

Modern Petzval lenses are rare but they do exist. Some of their signature elements are the creation of a "swirly" bokeh and very contrasted colors. 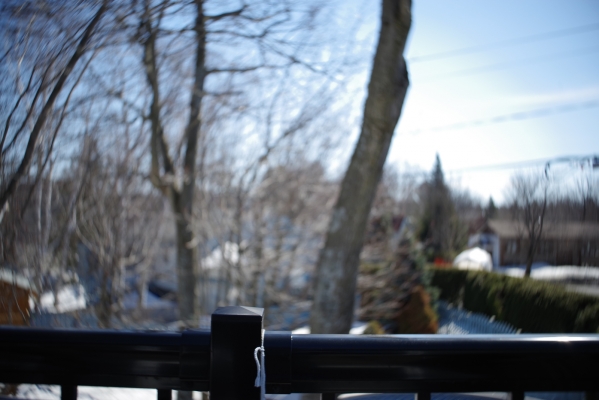 The Burnside takes the Petzval concept even further with the inclusion of a second iris inside the lens. Controlled by a golden slider on the lens barrel, this iris lets the user control the amount of vignetting and the intensity of the swirl.

The Burnside certainly is a rather unique lens. It would be wrong to expect it to produce ideal resolution figures, for instance. Still, such a lens can open a world of creativity. It will be interesting to evaluate how this lens can be used to good effect.

Read on to continue our review of the Lensbaby Burnside 35mm F2.8!

Ready to get your Lensbaby Burnside 35mm F2.8? Click below to place an order or check current pricing. 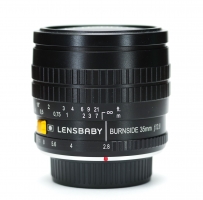