Making the Most of Long Exposure Handhelds

In this attempt to understand concepts second nature to all veterans of a militarized basic training, we explore the four fundamentals of marksmanship and how they apply to improving one's photographic technique. 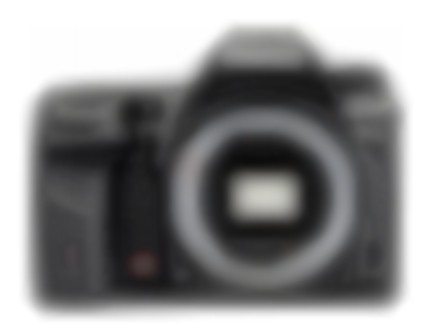 Recently, a member over in the DPReview Pentax SLR Forum was expressing his frustration with vibration control. That's when it occurred to me: there are no tutorials out there that really give an in-depth explanation as to how to improve your photography technique for those inevitably blurry long-exposures. I'm not saying said member has terrible technique, but there really isn't anything out there to address it, especially for us newbies that are just starting.

Granted, he was referring to 1/8s shutter speeds on a medium telephoto (70-200 in 35mm format), however I have had success at 1/4s with my 55-300 (80-450 in 35mm format) at the long end (yes, with Shake Reduction enabled). Does it make for a Nat Geo worthy photo? No, of course not, let's not be ridiculous. However when you magically find yourself in the Vatican with no tripod during Christmas Mass and you are only allowed to creep up to the Pulpit so much before you are removed by the Swiss Guard after being told to stay back for the third time (true story), you have to be prepared to use the equipment you have despite its limitations. I was able to obtain some keepers of the Pope that I would never have otherwise, had I not followed the steps I am about to talk about. Allow me to offer a military approach to camera shooting that I can attribute only to extensive marksmanship training.

I am by no measures a "pro," but I understand my fundamentals very well, and this specific set has been drilled into my head so many times that it is now second-nature. I am going to teach you how to "shoot" your camera like a high end rifle because at the end of the day, the fundamentals stay the same in every aspect. If you are an avid shooter (of the projectile type), then you do all of this probably without even thinking about it, especially if you are like some of my friends that exited the womb wielding a 30 Aught Six (7.62mm for those of you unfamiliar with American calibers).

Or, if you are like me and never touched a weapon until your adult life by way of raising your right hand, your Drill Sergeants provided that intimate, patient instruction and guidance that makes you think of warm country evenings at home with grandma: Steady Position, Breathing Control, Aiming and Sight Picture, and Trigger (Shutter) Squeeze.

Next: Hand, Elbow, and Standing Positions