Moiré is a phenomenon marked by false color patterns (yellow/purple or red/green waves) in textures which are too fine for the sensor to fully resolve.  Normally, an optical low-pass (anti-aliasing) filter would be used to suppress these patterns, but such a filter also slightly reduces the effective resolution of the sensor.  As they are designed to deliver the highest resolution possible, neither the 645D nor the D800E employ such a filter.  Moiré is the most likely to occur in man-made objects with fine parallel lines or ridges, but we've also observed it in nature, namely on plants and cacti.

We observed moiré in photos from both the 645D and the D800E.  Below are a few examples:

Moiré can be a nuisance, and while it's unlikely that it will completely ruin your photographs, it can actually sneak its way into images more easily than you would think as you can see in the examples below.  For textile or product photographers, the Nikon D800 (rather than the D800E) may therefore be the better choice.  The D800 exhibits much less moire and can match the resolution of the D800E at small apertures and high ISOs.  Pentax does not offer a version of the 645D without an anti-aliasing filter.

Moiré is generally only an issue at low ISOs and when the lens isn't subject to diffraction, i.e. at large apertures.  Once you stop down either camera beyond F16 (D800E) or F19 (645D), moire will most likely not be visible.

The higher the sensor resolution the finer a pattern is required before moiré appears as illustrated with the 645D/K-5 IIs comparison below:

Using an equivalent focal length from about the same vantage point as we used for our Pentax K-5 IIs review produced but the faintest trace of moiré. We were shooting at about the same time of the day as we did with the K-5 IIs. Therefore the angle of the light on the roof was about the same but the vantage point was slightly different: the park is now closed for the season. Therefore we had to shoot from outside the park - click the thumbnails for a larger image and notice the pattern on the lower, almost horizontal roof:

Using shorter focal lengths from the same subject distance as the above example revealed more pronounced false color. The effect of using the shorter focal length is that the projection of the subject onto the sensor is smaller in size and the features in the roof then approaches the resolution capacity of the sensor.

What we found is that the moiré patterns are basically identical between the D800E and the 645D. The applied unsharp mask amplifies the moiré but we verified that the moiré is also present in the unsharpened images so it is not generated by the sharpening algorithm. The moiré disappears with smaller apertures as lens diffraction kicks in and blurs the image. But the image has to be magnified quite a lot before the moiré becomes visible, so unless you make huge prints or crop heavily, moiré shouldn't pose a problem with either one of these two cameras.

Shooting data were as follows:

In order to get about the same depth of field from the two lenses the Pentax was shot half a stop slower than the Nikon. 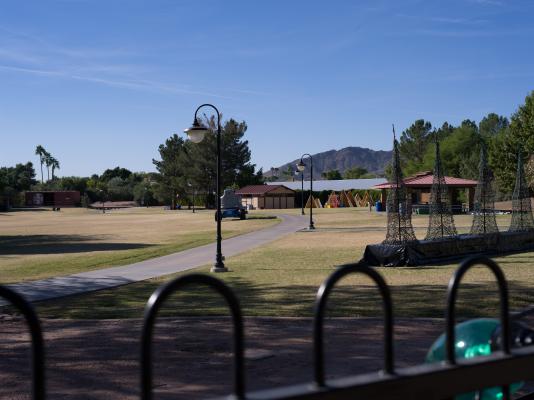 Click on the thumbnails for a slide show with larger images. Moiré is visible on the grey roof:

Only in rare circumstances will these cameras generate moiré that is visible without zooming to 100%.  When moiré was present in our test photos, we found the two cameras to produce similar color patterns under similar circumstances. As a consequence of the high pixel count of these cameras, a subject's repetitive pattern must be more fine before moiré becomes a problem compared to what we saw with the Pentax K-5 IIs.  Our field tests revealed that the 645D is slightly more prone to exhibiting moiré than the D800E. While there could be a variety of explanations for this, the most likely reason is that the 645D's horizontal resolution is slightly lower than that of the Nikon because of its 4:3 aspect ratio.

Chances are that the presence of moiré won't make any difference in the final product from either of these cameras. If you don't want to have to worry about it, opt for the Nikon D800 instead of the 800E, which has much more mild moiré due to the presence of a low-pass filter.