All three 50mm lenses have a focus mechanism driven by the camera’s screw drive and the inner lens barrel moves back and forth when focusing.  Thus, we expected the autofocus performance to be very close, as only focusing throw and friction can play a major role in determining AF speed. Each lens was timed for its response time from minimum focus distance to infinity and infinity to minimum focus distance. The test was completed three times and the times were averaged to minimize errors. The results were then charted as seen below. 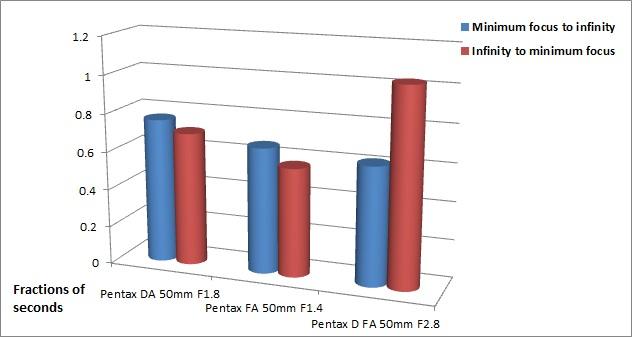 The response time for all three lenses was less than one second, which is very impressive. The test was completed with a K5 on a tripod with an electronic timer that measures in fractions of a second.  Of course, your individual response times might vary.

Overall, the FA 50mm F1.4 has a slight faster autofocus than the DA 50mm F1.8. The D FA 50mm F2.8 has a disadvantage, in comparison to the other two, because of its macro capability. 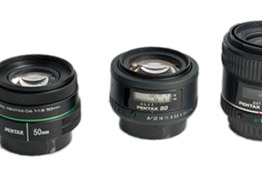