The Pentax AF360FGZ II is the flash many Pentaxians have been waiting for: Reasonably priced, high-speed synchronization, wireless capability and, as opposed to the predecessor, a tilting and swiveling flash head. As a bonus the flash is weather sealed, so it is the perfect companion to your weather sealed Pentax DSLR. 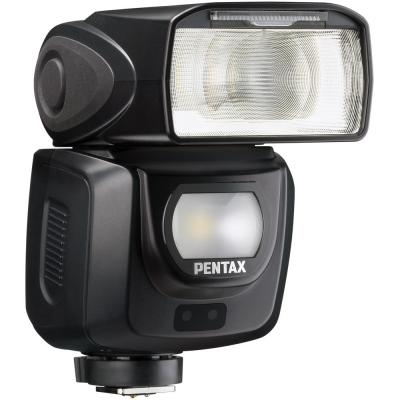 Below the flash head we find a video light (LED light) which doubles as AF assist light with the K-7, K-x and later cameras (for accurate autofocus operation a camera firmware update may be required, i.e. use the most recent firmware available for your camera). The LED light has even more functions as explained later in the review.

The flash has a zoom head, that is it adapts the angle of the emitted light to the lens in use (within a certain range (16 to 58 mm focal length on APS-C)). This means that no light is lost (i.e. falls outside the frame) for lenses covered by the zoom range of the flash. The flash can of course be used with lenses longer than 58 mm, but not with lenses wider than 16 mm unless you accept getting dark corners.

The flash can be used on-camera mounted on the hot shoe, off camera wired using dedicated Pentax accessories, and wireless using the wireless capability that has been built into all Pentax DSLRs since the very first.

This flash is one of two members of a new family of flash guns, the second being the more powerful AF540FGZ II. These two new flashes forego the original TTL flash protocol that was introduced way back when with the Pentax LX film SLR. But they do, of course, support P-TTL, the newer protocol which fires a pre-flash for the camera to meter on. The AF540FGZ II is only slightly larger than the AF360FGZ and is constructed and operated in the same way.

The FGZ II flash units are designed for the Pentax K-Mount DSLRs as well as the Pentax 645D and the Pentax Q system. Will they work on a P-TTL full frame camera like the Pentax MZ-S film camera? Read on to find out!

In this review we will give the AF360FGZ II a run for its money paired with a Pentax K-3 and a Pentax K-50. Let's see how it fares.

Ready to get your Pentax AF360FGZ II Flash? Click below to place an order or check current pricing. 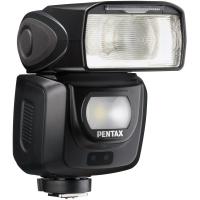