For sharpness testing, we used an Edmund Resolution Power Chart and field tests. Since the Pentax and Rokinon 14mm are both considered ultra-wide angle lenses on the Pentax K-5 it was necessary to place the chart 3 feet from the camera. Once the chart filled the viewfinder a series of pictures were taken at various apertures. The use of standard test chart allows the viewer to compare different lenses subjectively.

For the field sharpness testing, we selected a landscape image and then cropped the picture to include an area with fine details that allow for a detailed examination. Although this comparative review is looking at both the Pentax and Rokinon 14mm, we decided that it might be good to compare a popular alternative to the lens. For the image quality we decided to compare the Pentax DA 12-24 zoom to the two prime 14mm. 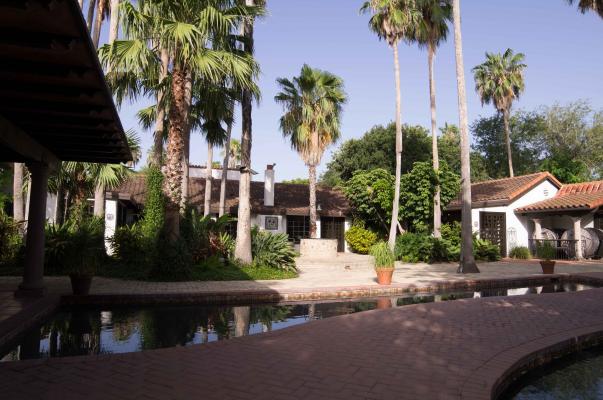 Initially, we thought we had perhaps received a bad copy of the Pentax DA 14mm; one would think that the lens should be sharper than the Pentax 12-24 zoom wide-open. Yet, the lens was very fuzzy wide-open and improved only slightly when stopped down. The Rokinon, on the other hand, did improve significantly when stopped down, as you might expect. Even the Pentax 12-24 zoom improved when stopped down. Why was the Pentax DA 14 mm doing so poorly in comparison to the other two lenses? Was this just a bad copy? We felt that we needed to dig into the issue further, so we asked several forum members about their experiences with the DA 14mm, and similar sharpness issues were brought up. We believe that this lens suffers from excessive focus field curvature. Ours was not a bad copy but rather simply a lens that seems to have been born to be bad, so to speak.

If we could construct a perfect lens, its focus field would be perfectly flat so a picture of a brick wall would be in focus from the very center to the extreme corners. A good example of this type of lens is a macro lens; they are designed to photograph pages and other flat surfaces. Of course, in real life we rarely take pictures of brick walls, and flat surfaces. We need a lens that can focus on the world that lies before us. Lens designers have to balance the need for flat focus and field curvature when they build a lens. The focus field is never really a flat field but more or less curved. Normally the amount of focus distortions or "focus field curvature" isn't an issue, but on some lenses it is much more pronounced and I believe that the Pentax DA 14mm is one of them.

The focus field curvature problem is slightly visible on the test chart; the edges are out of focus regardless of aperture. The problem for the Pentax DA 14mm really shows up on the outside sharpness test. One of the ways to verify if the lens has a focus field problem is to use live view in your camera and focus on different areas of the picture within the same focal plane. So in effect, what you will find is that the center would be in focus and the edges would be out of focus or vice versa. Normally if you have some distortion it can be corrected when you stop the lens down which increase the depth of field. The focus field curvature exceeds the depth of field. The problem with the Pentax DA 14mm is that stopping down the lens does not really improve the overall sharpness of the image.

Below is a visual example of focus field curvature. 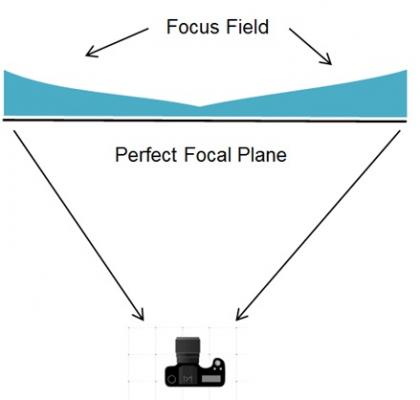 If you are interested in getting more information about focus field curvature there is a very good article in Photo Techniques Magazine September/October 2009.

Next: Distortion and Vignetting

Ready to get your Pentax 14mm F2.8 or Rokinon 14mm F2.8? Click below to place an order or check current pricing. 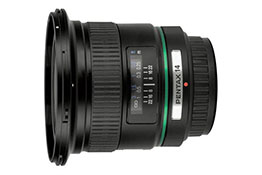