This lens is already quite sharp wide-open, and it becomes very sharp and contrasty when stopped down to F8. F8 and F11 are the sharpest apertures, closely followed by F16.  Diffraction doesn't occur as early with this lens due to the large size of the aperture.

To illustrate the general sharpness (made up of resolution and contrast) we present some "real-life" images before proceeding to test charts. The images were shot at ISO 400 with a K-5 IIs.

Here is another sample where we first show the uncropped image and then a 100% crop (if you have a small monitor the crop could be reduced and you may want to click the link to download the original 100% crop) :

For this test we used our star chart which we placed in the center of the frame and in the upper right hand corner. We used our K-5 IIs set to ISO 200. The chart was shot in bright daylight and focused using auto focus, either contrast detect or phase detect (we picked the sharpest result amongst several. Contrast detect and phase detect were often at par, but in some cases phase detect was the more accurate). It was too bright to actually see anything on the LCD monitor so we checked the focus with the view finder and couldn't achieve better focus manually using quick shift. The images in the drop down are 900 x 900 pixels, 100% crops. Shot in RAW with no sharpening applied.

Before we leave the resolution tests let's take a look at center sharpness at F8 and F16 representing the range where the lens is at its best. The ISO 12233 test chart was shot at double distance so the numerals must be doubled, then multiplied by 100. 8 thus means 1600 lines per millimeter.  The presence of moire at F8 shows that the lens is sharper there than at F16. 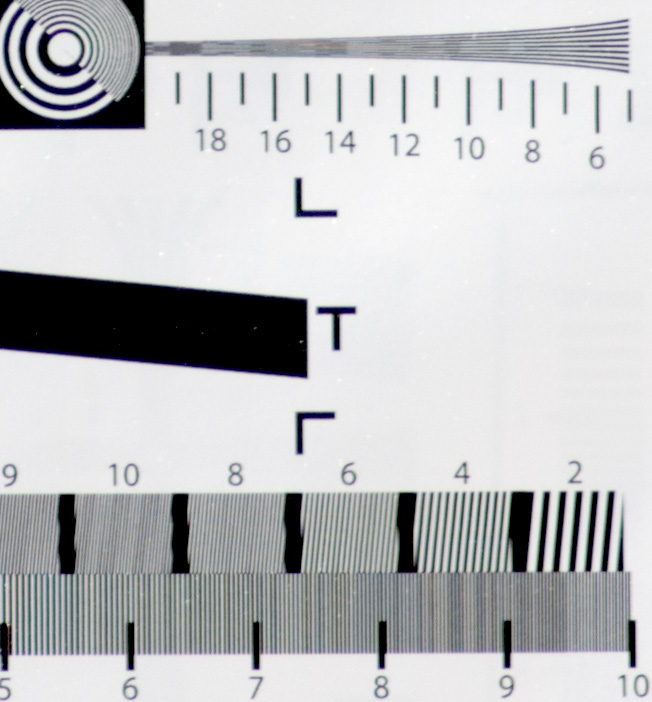 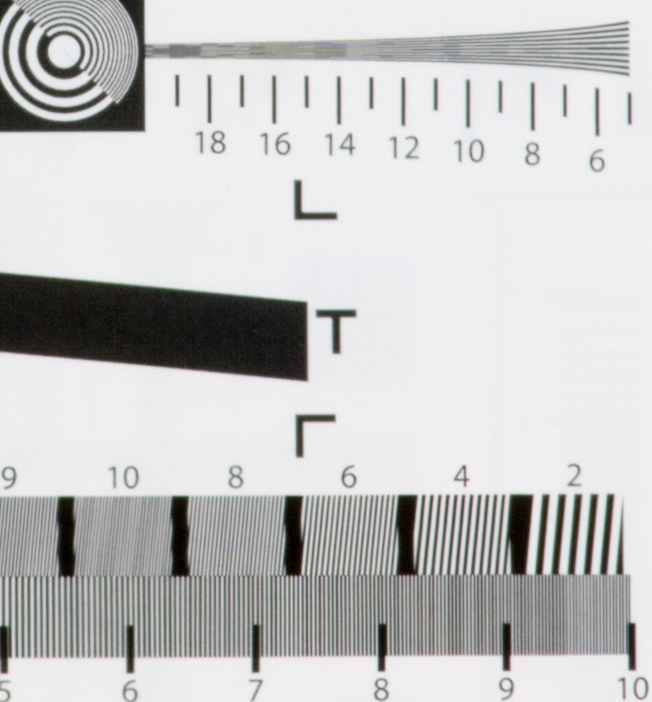 At small apertures the resolution declines due to diffraction, an effect that is created by the diaphragm blades, which bends some of the light thereby creating some defocus or softness.

For telephoto lenses diffraction doesn't set in until we reach very small apertures. With the DA 560mm lens, diffraction becomes visible at F32 and more so at F45. This is effect is unavoidable - we just need to know where it sets in so that we can avoid using those apertures unless we deliberately desire increased depth of field over resolution.

To spot diffraction watch the palm trunk as the aperture is reduced. Click on the first thumbnail to enlarge, then browse through the images, or click the link to download. The images are cropped - they represent the left half of the frame.

The images were shot with a Pentax K-5 IIs in DNG RAW and lightly smart sharpened in Photoshop CS6: 60%, radius 0.9.

As said above, diffraction happens as a result of the optical laws and cannot be considered a flaw of the lens.

This lens is very sharp and contrasty for a super telephoto lens. F8, F11 and F16 are the recommented apertures, and F5.6 and F22 are usable. F32 and F45 are marred by the inevitable diffraction and should be avoided unless you really need that extra depth of field. Corner sharpness matches center sharpness except at F5.6. 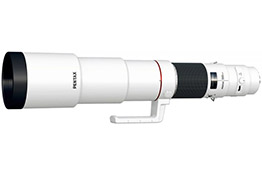