During the film era, the professional medium telephoto zoom lens was a fairly straightforward affair. All the big manufacturers offered fast lenses covering the 70 to 200mm range, give or take a few millimeters.  Up until 2004, the FA* 80-200mm F2.8 was Pentax's professional telezoom offering.

However, given the 1.5x crop factor of APS-C DSLRs, the field of view of the 80-200mm is of course much smaller than it would be on film cameras.  Therefore, when transitioning to the digital era, Pentax decided to discontinue their old 80-200mm lens.  Instead, they propose a two-lens replacement to cover its range: the compact DA* 50-135mm F2.8 and the versatile DA* 60-250mm F4.  (As a side note: 70-200mm lenses still work very well on APS-C cameras, and both Tamron and Sigma currently offer one for Pentax)

The 50-135mm features roughly the same field of view on APS-C as the 80-200mm had on film, and it retains the fast maximum aperture of F2.8.  It is also more compact and significantly lighter than the 80-200mm.  The 60-250mm, on the other hand, sacrifices one stop of light and its small size for a great amount of added reach and improved optical performance. 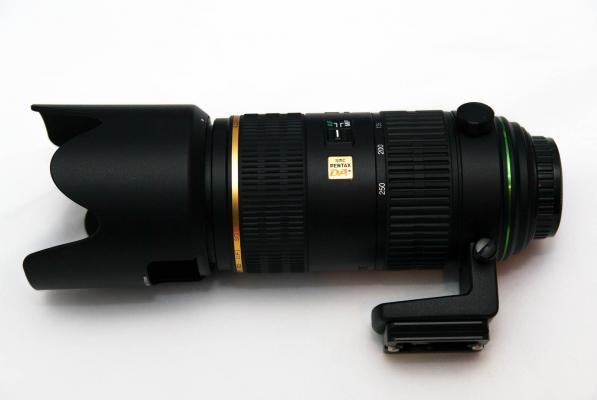 Being part of the Pentax's DA* line of premium lenses, the lens offers all the perks you would expect from a professional Pentax lens: weather sealing, high manufacturing standards, and solid optical performance. It also has a few unique design features that differentiate it from other lenses, which we'll be touching on later in the review.

We will begin by describing the physical handling of the lens. We will then evaluate its focusing and optical performance, and we'll conclude with a gallery of sample photos and a final verdict.

Ready to get your Pentax DA* 60-250mm F4? Click below to place an order or check current pricing. 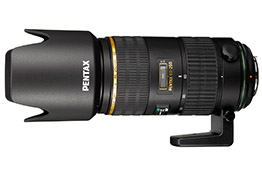