In this section we take a look at the detail rendered by the Pentax K-1 and its high ISO noise profile.

We begin with a portrait of Leo, king of the jungle. First we have an overview of the scene with the crop of interest marked in red. The lens used was the HD Pentax-D FA 150-450mm set at 270 mm and F8 and shot handheld at 1/250s, ISO 100. We used single point auto focus and focused on Leo's right eye. 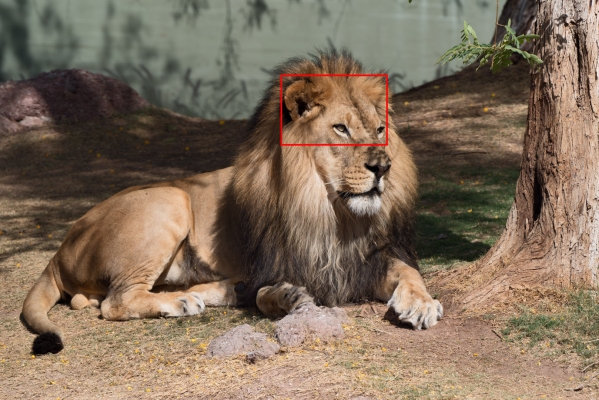 The image was processed by Adobe camera Raw with no subsequent manipulation in Photoshop other than the crop. 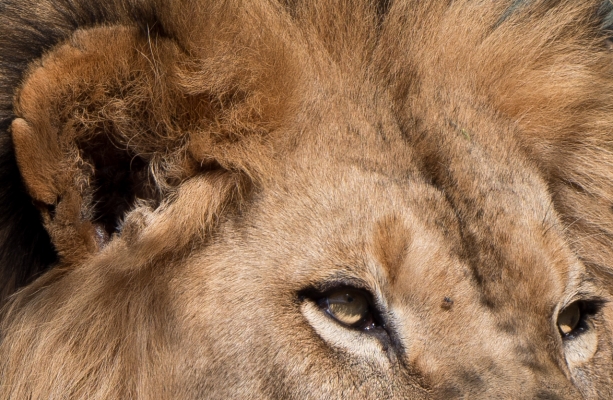 Click on the image for a full resolution crop

We find the level of detail totally satisfactory. The original DNG file is available here. 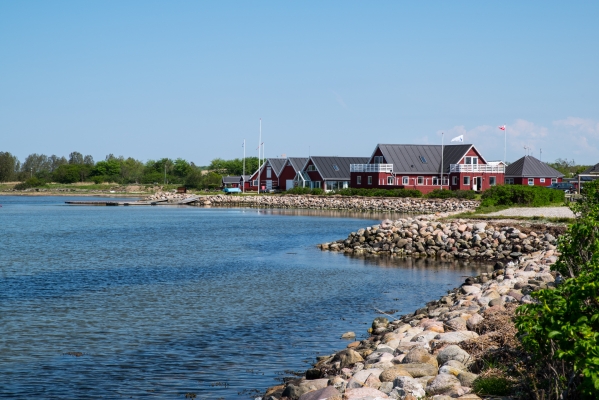 This image was also processed by Adobe camera RAW with no subsequent manipulation in Photoshop other than the crop: 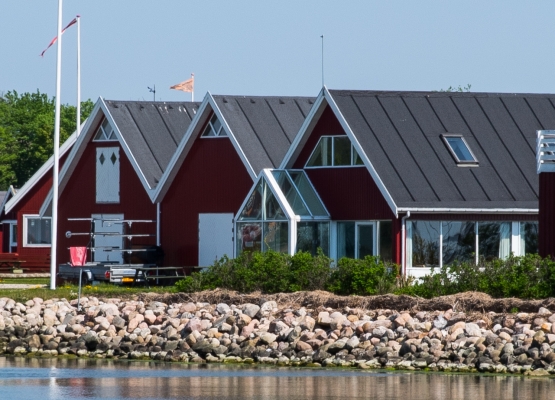 Click on the image for the full resolution crop

Thanks to the 36 MP sensor there is a lot of room for cropping should one have left the long telephoto lens at home! We find the level of detail outstanding when developing from RAW. 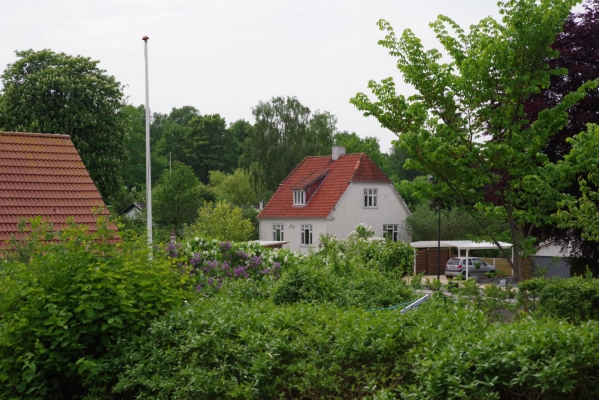 The images were developed from RAW (with distortion correction, noise reduction and sharpening). For the K-3 we show a full resolution crop and for the K-1 the image was first reduced to the size of the K-3 image, and then cropped. Click on a thumbnail to browse the full resolution crops. Their height is 1080 pixels. If your screen is smaller what you see will be reduced in size, but the samples are still comparable.

We also notice that the color balance of the K-1 images is spot-on whereas the K-3 images are on the warm side but still acceptable, except at ISO 51200 where the color cast turns a nasty green.

Using the same scene and process as above we next compare the images developed from RAW with JPEGs from the same K-1 (with default settings for the in-camera JPEGs).

The images developed from RAW hold more detail and appear sharper then the JPEGs from the camera. We find the JPEG engine a bit disappointing in its aggressiveness. The first time we noticed the JPEG engine's appetite for removing detail was in the image of a fishing boat, refer the page on General Image Quality.

Before we show samples through the entire ISO range we'd like to present the results at ISO 204800. That it is possible to shoot at this high ISO is truly mind boggling, in particular for those of us who grew up with film and where ISO 800 was close to the top. We could push that film by a stop or two, but the results weren't exactly stellar.

Digital has changed this and ISO 204800 on the K-1 is usable in particular if combined with Pixel Shift Resolution. Pixel shift outperforms the standard in-camera high ISO noise reduction by a solid margin. Dynamic range suffers at an ISO this high, but if you need ISO 204800 in order to get your shot then go for it. You'll get a usable image rather than no image!

The above samples are JPEGs straight from the camera, no post processing. The K-1 was mounted on a tripod and shot at F13, 1/350s. There is a color shift at ISO 204800. We did not attempt to correct that in the samples above since we wanted to present the out-of-camera results. Links are provided below the images to the original JPEG files.

Now we'll run trough all ISO levels from 100 to 204800 without pixel shift. We show JPEGs from the camera as well as images developed from RAW: 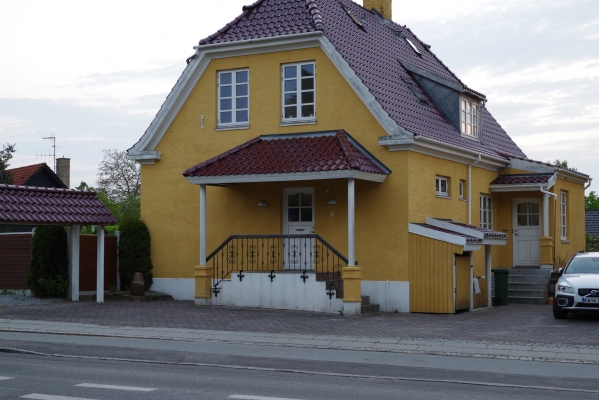 Click on a thumbnail to enlarge and browse the set of full resolution crops:

The results are very clean until ISO 1600 (RAW) and ISO 800 (JPEG). It is interesting that there is a slight, but visible loss of texture when going from ISO 100 to ISO 200 when shooting JPEG.

When shooting JPEG we'd say that one shouldn't go beyond ISO 12800. At ISO 12800 the noise pattern is still nice and smooth, but quite some detail is lost. From there on the image quality deteriorates quickly in JPEG mode. If you need to use a sensitivity above ISO 12800 we recommend shooting RAW and manually applying noise reduction in the RAW converter or with one of the excellent noise reduction plug-ins like Topaz DeNoise. When shooting RAW the safe upper limit is ISO 51200, but you can go to ISO 102400 if you don't view the images at high resolution. This is an amazing performance and it gets even better with pixel shift as we shall see next.

For stationary subjects pixel shift offers an interesting alternative. The results with pixel shift are nothing but outstanding; they unsurprisingly best our previous results from RAW development as well as the JPEGs from camera:

Pixel shifting gives an advantage of about 1.5 ISO steps over ordinary JPEGs from the camera.

So what about shooting RAW with pixel shift? Will the results be even better? We would think so eventually, but the current Digital Camera Utility (v5.5.1) does a poor job of processing high ISO files; the results are worse than in-camera JPEGs.  Adobe Camera Raw doesn't yet support pixel shift processing with K-1 RAW files.

Pixel peeping full resolution samples like those above doesn't tell the full story if the objective is to compare cameras. When we view (or print) images in real life we will not be looking at, in the case of the K-1, 7360 x 4912 pixel sized images. We will be looking at a reduced resolution image matching our screen such as 2560 x 1440 pixels to take an example. Or we will be looking at a print from a distance. For the next comparison we therefore show reduced size images of the entire scene rather than full resolution crops.

The thumbnails show the full image. Click any thumbnail to browse reduced resolution images. The images were reduced to 2560 x 1440 pixels. If your monitor is smaller you'll see a further reduced image and the comparison between the K-1 and K-3 will then be valid for your screen size.

The images are JPEGs from the camera with no post processing other than reduction in size. They were shot with high ISO noise reduction set to Auto. Pixel shift was off on the K-1.

For JPEGs out of the camera it is safe to say that the K-1 is better by one ISO stop as one would expect, perhaps even 1.5 stops. When conditions allow for pixel shift the improvement of the K-1 over the K-3 will approach 3 ISO steps which is quite a feat.

Finally we show the K-1 / K-3 comparison based on images developed from RAW.

Again we see that the K-1 image quality at a given ISO is better than the K-3 at an ISO half as much. To exemplify, the K-1 ISO 51200 image has less noise and more detail than the K-3 ISO 25600 image. We also see that images from the K-1 at ISO 204800 are usable if developed from RAW and viewed at screen size.

The K-1 is able to render a lot of detail as we would expect from a 36 MP sensor, we do not hesitate to label the resolution as excellent. We noticed that fine detail gets lost in JPEG images from the camera at the default settings, so development from RAW is recommended if preservation of as much detail as possible is important.

The high ISO performance is impressive. The K-1 offers about 1.5 extra stops of sensitivity over the K-3. An ISO 51200 image from the K-1 has more detail than an ISO 256000 image from the K-3 for example. The JPEG engine does a fair job of noise suppression at high ISO, but better results can be achieved by shooting RAW. A safe upper bound when shooting RAW is ISO 51200, but the results from RAW can be useful even at the highest ISO settings.

Even better results at high ISO than shooting RAW can be obtained by shooting JPEG out of camera with pixel shift resolution enabled, and that approach is a lot less of a hassle than having to develop from RAW and finesse the noise and sharpness settings. The downside is the wait between shots while the camera creates the pixel shifted JPEG image. The other downside is that the subjects must be stationary or else the benefit of pixel shift is completely lost (and it could possibly backfire due to artifacts).

All in all we're very pleased with the results from the K-1: