The Pentax K-3 II made its debut in April, 2015 as the successor to the acclaimed Pentax K-3 flagship DSLR from late 2013.  Following the "mark II" precedent set by the Pentax K-5 II, the K-3 II builds on the original model by incorporating some of the latest hardware developed by Pentax engineers.  Meanwhile, the core specifications and image sensor remain unchanged. 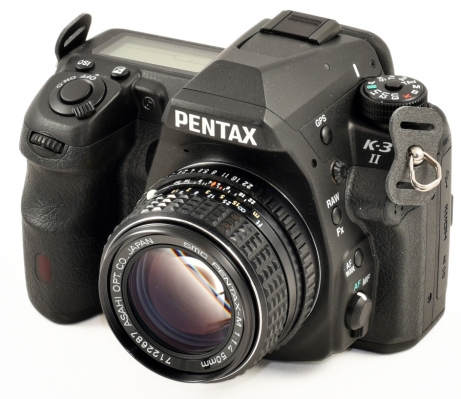 The K-3 II is the first Pentax DSLR to include a built-in GPS receiver, which in this case takes the place of the on-board flash.  The camera also features pixel shift super resolution, a technology that can noticeably increase resolution and reduce noise for stationary subjects shot from a tripod.  Finally, this new model has been fitted with an enhanced Shake Reduction system that promises to deliver up to 4.5 stops of stabilization, up from 3.5 on the K-3.  Remaining changes consist of stability improvements via firmware and small cosmetic tweaks.

With these differences in mind, it is evident that the K-3 II is aimed at advanced users who plan to make extensive use of the built-in GPS or who want to leverage its super resolution mode. Throughout this in-depth review, we will be testing the K-3 II's new features and checking to see if it holds any surprises under the hood.  Since the K-3 II is so similar to the K-3, you should first read our Pentax K-3 review to get an understanding of the camera's core features. Then, read on to find out if the updated Pentax flagship is right for you!

Ready to get your Pentax K-3 II? Click below to place an order or check current pricing. 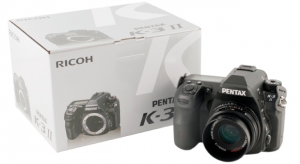