The Pentax K-3 is the first Pentax camera to feature a 24-megapixel sensor.  Considering that it has been over 3 years since a Pentax DSLR received a true sensor upgrade, our expectations of the K-3 were high, and we were very eager to see what the K-3 was capable of delivering.  The prior seven K-mount cameras all used the same 16-megapixel sensor, and this tried-and-tested sensor was best-in-class until Nikon released the D5200 and D7100 last year.  Can the K-3 do even better?  On this page, we'll take a look at some of the less technical aspects of the K-3's image quality; studio and field tests will follow.

The K-3 can save JPEGs as well as two different RAW file formats: Pentax's proprietary .PEF as well as Adobe's universal .DNG.  Because third-party support for .PEF files isn't widespread, we recommend using the DNG format.  The RAW files have a color depth of 14 bits per channel, as is standard for advanced DSLRs.

In JPEG mode, you can choose from Basic (one star), Normal (two star), or Fine (three star) image quality.  The higher the quality, the lower the compression and thus the larger the filesize will be.

You can also shoot in RAW+ mode in which the camera saves both a RAW and a JPEG file.  The K-3 doesn't offer a TIFF mode, however. 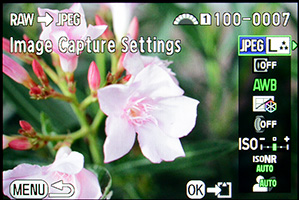 Let's start with some samples showing the various JPEG color profile presets that come with the K-3.  These presets are known as "Custom Image" settings and they are accessed by pressing the right button on the 4-way pad in shooting mode. This system makes it very easy to switch between presets (including special effects and black & white), and those presets can also be tweaked by the user on an individual basis.  The adjustable parameters depend on the preset, but the ones you will typically be using include sliders for saturation, hue, high/low-key adjustment, contrast, shadows, highlights, and sharpness.  These settings are not new to the K-3, as they've been present in the past several generations of Pentax bodies.  Only small tweaks have been made from model to model. 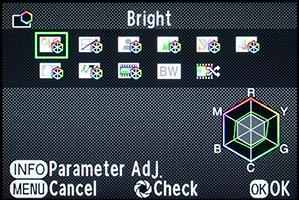 Here's a comparison of what each preset produces at default settings.  Click on any thumbnail to enlarge:

The Cross Processing preset allows you to apply some very interesting effects to your images.  The preset defaults to a randomized mode, but after capturing an image you can save the settings for use in the future via an option in the playback mode retouch menu.

For everyday shooting, we recommend that you stick to one of the first 5 presets. RAW users can choose to apply any of the presets retroactively using the Pentax desktop software.

If you really want to get creative, a variety of "fun" digital filters are available that can be used in conjunction with the Custom Image presets.  The filters, listed below, also each contain various options that you can customize: 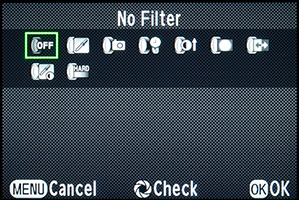 When enabled through the info screen, these lens corrections will compensate for imperfections in your lens when shooting JPEGs (at the expense of a very slight processing overhead).  These settings don't directly affect RAW files.

The lens corrections only work with Pentax DA, DA*, DA L, D-FA, and FA Limited series lenses.  When any other lens is mounted, including modern third-party lenses, the correction options will simply be greyed-out.

Below is an example of a JPEG photo taken with all 3 corrections enabled, and one without any corrections.  We used the HD Pentax 21mm F3.2 Limited lens wide-open to provoke as much vignetting as possible.  Click on either thumbnail to enlarge.

The K-3 has a sensor-based Shake Reduction mechanism, which means that any lens mounted on it is instantly stabilized, no matter how old or how new.  The SR system is just as effective as lens-based stabilization for everyday use, except perhaps with extreme telephoto lenses.  Note that the viewfinder image is not stabilized as the sensor's SR mechanism has no influence on it.

When using manual lenses, you will need to specify what focal length you are using when powering up the camera.  Enter the focal length as it is marked on the lens, without applying any crop or conversion factors unless you are using a teleconverter.  If you are using a manual zoom, we recommend entering the lower end of the zoom range unless you consistently shoot at the longer focal length settings.  Providing the SR mechanism with an erroneous focal length hint may cause it to over-compensate and thus introduce unwanted blur.

Users with steady hands will be able to get sharp hand-helds at shutter speeds as slow as 1/8s with normal lenses.  This degree of stabilization combined with the K-3's solid low-light performance makes it an excellent nighttime shooter overall!

Shake Reduction is without question one of the key selling points of the Pentax system, as you don't have to choose your lenses based on in-lens stabilization support. Other DSLR manufacturers generally don't stabilize prime lenses, so the in-body system adds a degree of flexibility that's unmatched in many ways.

In addition to allowing you to manually control the ISO, the K-3 has an user-configurable auto ISO mode in which you specify the allowed ISO range as well as whether or not the camera should prioritize using higher ISOs over slower shutter speeds.  There is also a high-ISO noise reduction option and a slow shutter speed noise reduction option (dark frame subtraction).  The former option applies to JPEGs only and can be applied retroactively to a RAW file.  High-ISO NR can be user-configured for each individual ISO or left at a global low, medium, high, or auto setting.  In auto mode, noise reduction is disabled at low ISOs and set to medium at higher ISOs.

Overall, these settings add a great deal of flexibility to everyday shooting.

The K-3 has received a new 86k-pixel metering sensor which is currently best-in-class (compared to the Nikon D7100's 2016-pixel metering sensor) as well as a big step up over the 77-segment system found in earlier flagship Pentax models.  Specifications don't really say much about how the system behaves in practice, however. 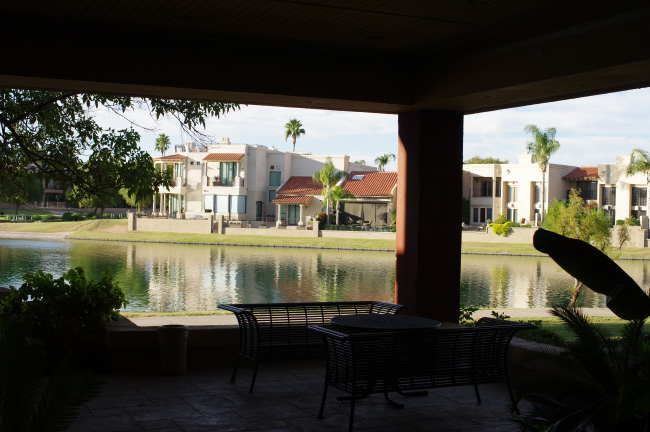 A perfectly-exposed JPEG from the Pentax K-3

While in the field, we found the metering system to do a very good job of handling scenes with harsh lighting.   When strong highlights were present, the K-3's metering system recommended exposure settings between 1/3 and 2/3 of a stop lower than the K-5 II (the K-5 II tended to overexpose slightly).  Assuming that the new metering system evaluates significantly more zones than the old 77-segment system, it would make sense if the K-3 were able to better estimate the average EV of a given scene.  Users who often shoot in bright sunlight will therefore enjoy the K-3's improved metering. 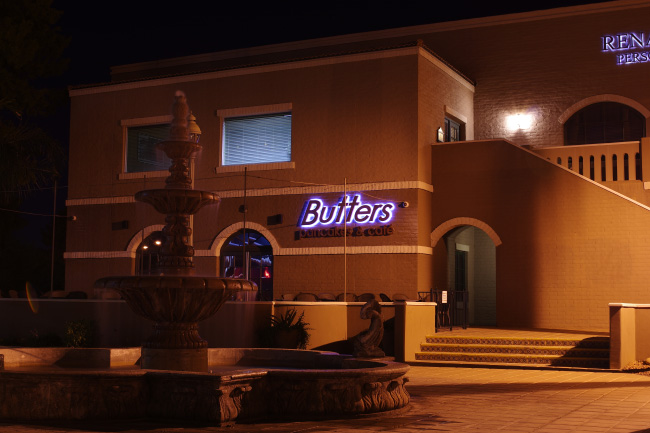 Underexposed JPEG from the Pentax K-3

We've observed that the K-3 tends to underexpose slightly in scenes that contain only a handful of "hot spots" or highlights, both at night and during the day.  This is not a bad approach to take, however, as there is significantly more shadow than highlight recovery potential.

The K-3 does a very good job of properly exposing uniformly-lit scenes, much like its predecessors.

In addition to the matrix metering mode, which utilizes the whole metering sensor, you can also select spot or center-weighted metering using the metering button, which is found just below the mode dial.

Pentax has leveraged the K-3's new metering sensor to improve not only the accuracy of exposures, but also the accuracy of the auto white balance.   When shooting landscape photos, we observed that the K-3 generally produces more natural colors without the blue color cast that the K-5 would often exhibit.  This makes some photos looks less vibrant without being tweaked, however.

At night is when we noticed the biggest improvement to the overall white balance.  The K-3 handles fluorescent lighting without a problem and warm yellow color casts were not an issue at all in our test photos, unlike on the K-5.

Refer to the samples below for a comparison of what the K-3 and K-5 IIs output with auto white balance selected and the default Bright JPEG preset.  Click on any thumbnail to enlarge.

Since the color reproduction of the K-3 differs from that of earlier models, if you decide to switch to K-3 from another Pentax camera, be sure to set up your JPEG custom image profile so that colors are to your liking. You may, for example, wish to use the Vibrant preset rather than the Bright preset by default now that the K-3 produces more neutral colors out of the box.  You might also want to adjust other parameters, such as saturation or hue. 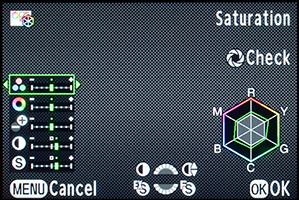 The K-3 offers an in-camera HDR mode which is now hand-holdable thanks to the camera's high framerate.  Also new to the K-3 is an HDR raw mode, which stores information from 3 different exposures in a single RAW file.  This saves you the trouble of combining files when bracketing.  Use this feature with care, however, as each HDR RAW file can occupy over 100Mb of card space!

You can choose from 3 different HDR strengths (1/low, 2/medium, 3/high) as well as auto.  This in-camera JPEG feature offers a quick and easy way of effectively bringing out shadow and highlight details without having to rely on post-processing tools.  The RAW file has more practical utility, as it greatly enhances the effective dynamic range of the final image.  The JPEGs have a tendency to appear surreal and over-processed.

In this section we demonstrate the effect of expanding the dynamic range by setting Highlight Correction to "On" and Shadow Correction to "Medium". As the example shows, shadows and highlight detail is boosted at the expense of contrast. 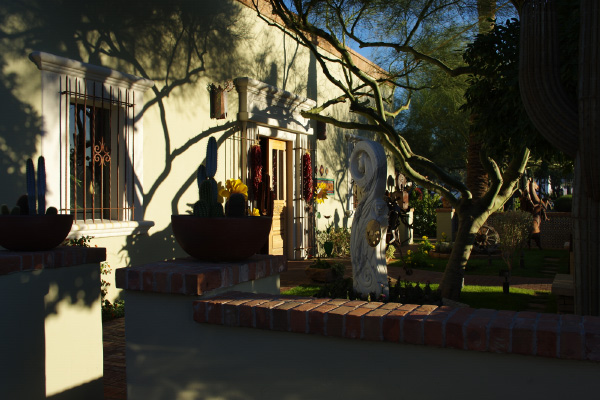 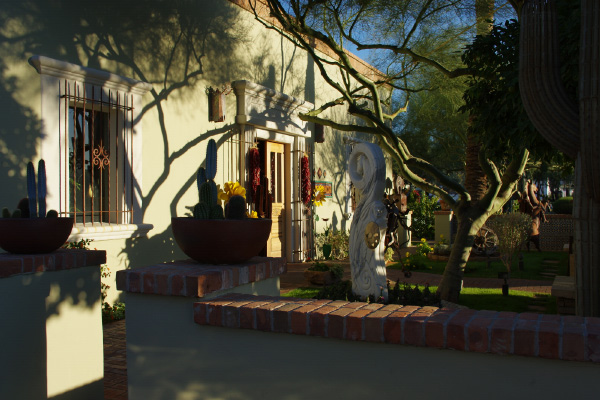 The 16-megapixel sensor in the Pentax K-5 / K-5 II / K-5 IIs had an impressive dynamic range of over 14 stops.  Can the K-3, with its higher resolution, match this?  To find out, we shot a scene and then under- and over-exposed by 5 stops to analyze just how much detail could be recovered from the resulting RAW files.

Now, let us take a look at the recovered RAW files from the K-3 and the K-5 IIs:

In terms of highlight recovery, both cameras are neck-and-neck.  There is much less tolerance for overexposure than underexposure, as we've already seen with earlier cameras.

When it comes to shadow recovery, on the other hand, the K-5 IIs seems to have a slight advantage.  There is less noise and better color in the recovered shadows, which was to be expected given the K-5 IIs's larger pixel pitch.  This suggests that the K-3 has a slightly smaller dynamic range than the K-5 IIs, though we do not have the means to test this experimentally.  Regardless, we believe that a minor drop in dynamic range on the K-3's part is a small price to pay for the increased detail that the K-3 delivers, as you will see on the next page!