The K-50's user interface is virtually identical to that of the K-30, except that an option has been added for native eye-fi support.  A few minor changes have also been made to the way certain screens are navigated, which we will discuss in more detail later.

Generally speaking, the Pentax user interface is very user-friendly and intuitive.  Because the K-50 lacks a top LCD, by default the rear LCD is used to display the information normally shown on the top LCD.  This is known as the "status screen":

The status screen can of course be disabled to save power, or if you find it to be distracting (most of the information it shows is also displayed in the viewfinder).  To do so, you need to press the "info" button and then select the disable option from the menu shown above.

Outside of live view mode, you can also use the rear LCD to display the electronic level (as well as a digital compass, if you have the O-GPS1 accessory): 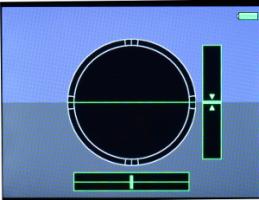 Another trademark feature of the Pentax interface is the info screen, which allows you to quickly view and change key camera settings, such as the ISO, file format, or image profile.  It is accessed by pressing the "INFO" button when outside of the menu system: 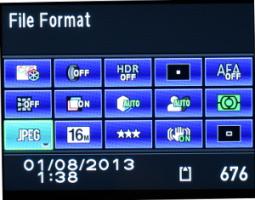 When outside of the menu, the 4-way pad (d-pad) gives you access to the ISO, white balance, drive mode, and flash sub-menus.  There is no other way to access these sub-menus.

The flash sub-menu also gives you direct access to the flash exposure compensation setting, and it allows you to choose from a number of flash modes, including wireless flash.

The rest of the menu system is accessible is accessible via the "menu" button.  The menu system has a tabbed layout and it allows you to control everything found on the info screen, and much more.  Because many features in the menu were added incrementally and they evolved over time, parts of the menu system are laid out a bit illogically.  It is at times difficult to understand why a particlar tab is found in the record menu and not under the custom settings, and vice-versa.

A couple of menu features are worth pointing out.  This first is the custom image screen, which offers a number of preset JPEG profiles (the default being "bright").  You can also customize any of these profiles by modifying parameters such as constrast, sharpness, and saturation. 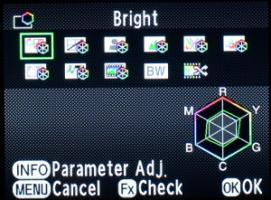 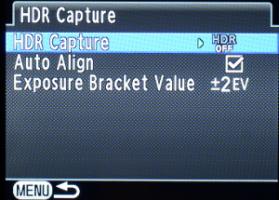 Finally, it looks like Pentax has decided to remove the "expanded ISO range" setting from the custom function menu on the K-50.  This means that no setting changes are needed to make the full 100-51,200 ISO range selectable.

The K-50's playback mode has everything you need to view, browse, and retouch your photos.  In-camera RAW development is also supported.  By default, the playback mode displays photos together with their filenames and basic shooting information. 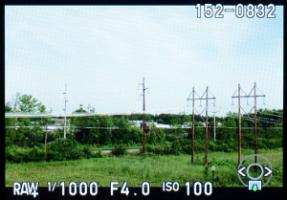 Four other displays are available; these can be selected from a sub-menu that is shown by pressing the "info" button: 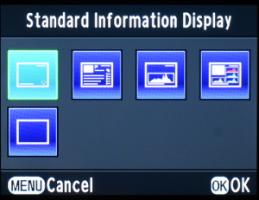 Switching between screens is annoying, as you cannot simply repeatedly press the "info" button to cycle between them.  Instead, the 4-way pad must be used to navigate the sub-menu shown above.  This behavior is unlike that found on other Pentax cameras, and the change is a bit annoying.

The rear scroll wheel can be used to zoom in on a photo, or to zoom out to the thumbnail view.  You can view 9 thumbnails or entire folders (a new folder is created each day).  Unlike on the K-30 or K-01, there is no 81-thumbnail view.  There is also no calendar view. 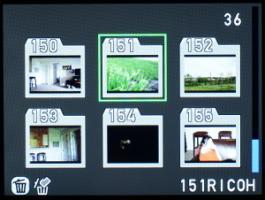 Pressing the down button while viewing an image will open the retouch menu.  Through this menu you can crop, rotate, apply filters, develop raw files, and even edit movies. 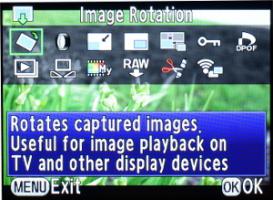 The live view system includes a number of options to make it easier for you to compose and focus your images.  These include automatic image magnification after AF, focus peaking, numerous types of grid, a live histogram, and indication of over/underexposed areas. 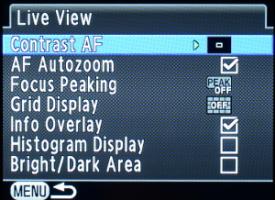 The standard live view display also shows a number of shooting parameters as well as the electronic level, if enabled: 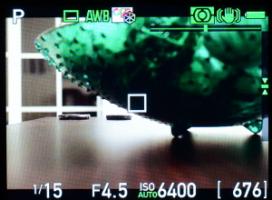 The focus peaking feature adds white outlines around edges that are in focus, making it easier for you to focus manually and to verify the correctness of the autofocus.  Even though other manufacturers have nicer effects in their focus peaking, numerous DSLRs still don't have it at all, so we are happy to see it in the Pentax family of entry-level DSLRs.  When combined with image magnification, focus peaking can be a huge help.

Thanks to the PRIME M processor, the live view display is smooth and virtually lag-free, except in extremely low light and sometimes when magnifying the image. 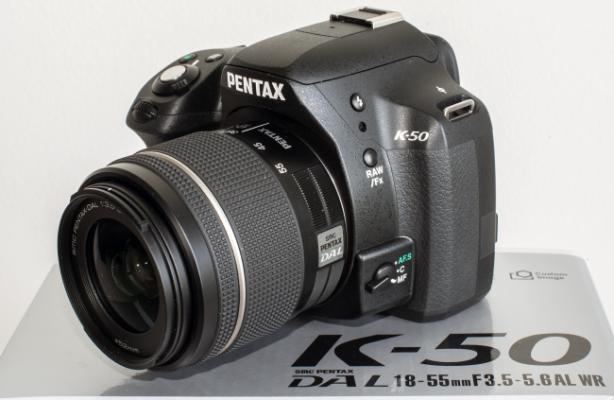