The genuine Pentax K-mount to Q-mount adapter, officially known as the "Pentax Adapter Q for K-mount Lenses", is in our opinion the best thing that has happened to the Q mirrorless system since the price of the Pentax Q body itself was dropped from $799 to under $349 (in the US).

This handly adapter allows you to mount Pentax (D)SLR lenses on your Q, instantly turning the Q into a robust telephoto solution, minus the bulk and weight that such as setup would normally require.  Because of the Q's 5.6x crop factor, the SMC Pentax 50mm F1.2 lens, pictured below, will produce that same field of view as a 280mm lens would on a full-frame camera.  If you happen to own a longer lens, such as a 100mm, 200mm, or 300mm, you can give your Q even more reach without compomising its image quality or effective aperture. 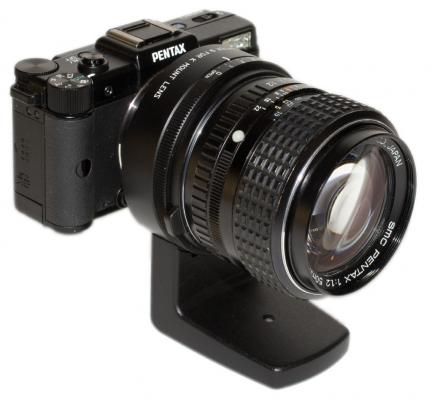 For those of you who've never heard of the Pentax Q, it's the world's smallest interchangeable-lens camera.  The camera is most likely smaller than the palm of your hand, and even if you were to purchase all 6 native Q-mount lenses from Pentax and put them in your pocket, you would still have room to spare.  You may say that this is great and all, but what's the point?  Don't compact digital cameras also fit in your pocket?

The unfortunate reality is that when the Q was originally launched, the aforementioned argument was a strong one, and outside of Japan, the Q didn't gain much popularity among consumers.  This is partially due to the fact that Pentax focused on marketing the Q camera rather than the Q system, which was itself quite lacking at launch (of the 5 lenses originally announced, only 3 were available when the camera hit the shelves).  In addition, its launch price of $799 didn't help, either.  Enthusiasts didn't pay much attention to the Q because its 1/2.3" sensor is no bigger than those found in your everyday point-and-shoot, and thus it didn't set the bar very high in terms of image quality.

Now, however, everything has changed.  This adapter is capable of allowing the Pentax Q to capture telephoto images exceeding the quality of files from far more expensive DSLRs.  The adapter is priced at $249, but we say that it's actually worth much, much more than that.  Read on to find out why!

One last thing before we go on: there are third-party adapters available for the Q, but they have three key shortcomings compared to this Pentax adapters.  Details will come later in the review!

Ready to get your Pentax K to Q-mount Adapter? Click below to place an order or check current pricing. 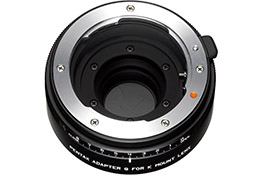