The Pentax Q7 is the third-generation member of Pentax Q family of ultra-compact interchangeable lens cameras (ILCs).  This new camera, like its predecessors, is minuscule!  Weighing just 200g and measuring only 10cm (4") wide, the Q7 is the smallest ILC currently on the market, and it's probably as small as any interchangeable camera will ever be.  The Q7 is likely smaller than the palm of your hand or your wallet.

Despite its size, this camera can still pack a punch.  It's loaded with even more features than before, and its sensor has seen an upgrade: the Q7 has a new 1/1.7" 12-megapixel sensor that is some 50% larger than the 1/2.3" sensor found in previous models.  This increase in sensor area promises an improvement in image quality, which we will investigate in detail later in this review.  Another area that we will be taking a close look at is the Q7's autofocus system, which has gotten an overhaul (presumably) thanks to new technology from the Pentax-Ricoh merger. 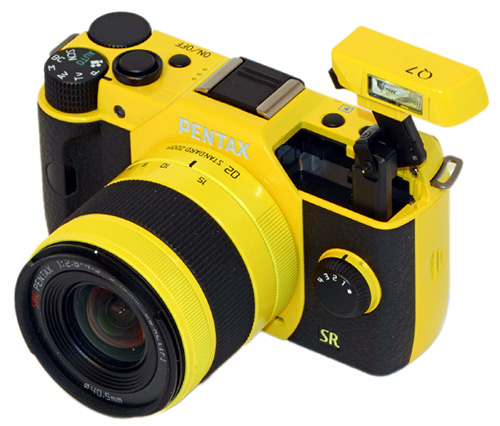 Pentax launched the Q7 5-15mm lens kit in June, 2013 with a price tag of $499. The Q7 is also available in a body-only kit for $479, the first such kit to be offered outside of Japan.  Even though the Q7 is the most advanced Q camera to date, it is also the most affordable.  The second-generation Pentax Q10 launched at $599, while the original Q started at a high $799.

When we reviewed the original Pentax Q back in 2011, we weren't impressed by it.  Its successor, the Q10, wasn't much of an upgrade either: apart from having a different appearance and some firmware tweaks, its performance and feature set was essentially left unchanged. Therefore, our main goal throughout this review will be to investigate whether or not the Q7 finally makes up for the shortcomings of its predecessors.  Our hands-on first impressions of the Q7 ended on a positive note, and now it's time for us to offer you a definitive verdict about the Q7.  Read on to see how this camera stood up to our tests!

Ready to get your Pentax Q7? Click below to place an order or check current pricing. 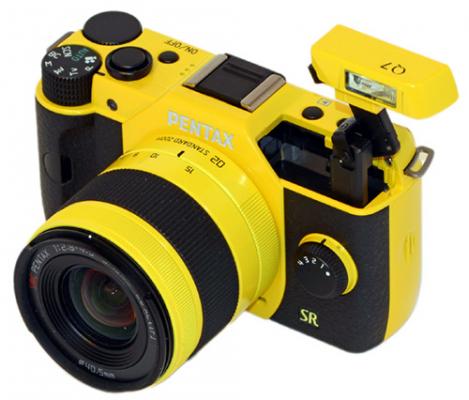