The Pentax 17-70mm is slightly narrower than the Sigma lenses, although it's heaver than the Sigma v1 and longer than the v2.  It uses a more moderate filter size, at 67mm. The front element does not rotate when focusing, facilitating the use of polarizers. It has seven aperture blades. It does not feature an aperture ring. 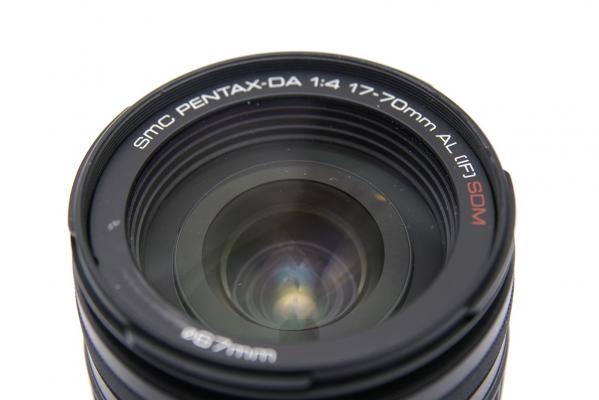 While this is a consumer lens, it is still very well-built. The mount is made of metal, and the lens body is all plastic. The finish closely matches that of all modern Pentax DSLR bodies. The lens extends by 4.5 cm when zooming to 70mm, but focusing is internal, so the lens does not change its length when focusing. The lens shaft has double tubing. A slight, almost negligible wobble was observed with our sample.

The main part of the lens body (5 cm) is occupied by the zoom ring. This ring is well-textured, with a ribbed and rubberized surface and focal length markings. The ring is very well damped. The lens name, bearing the SDM logo, is found just below the zoom ring. 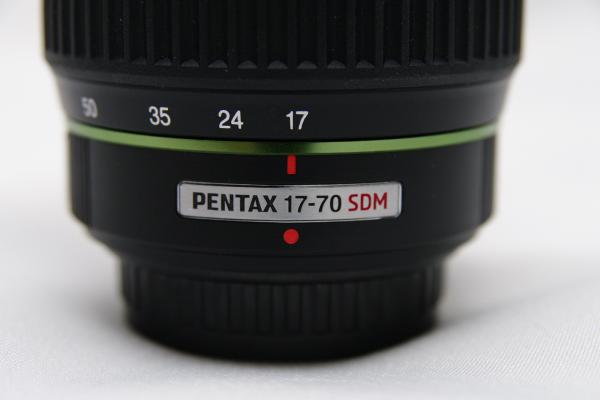 The width of the lens body is quite uniform, with a narrower section near the camera body. The area between the zoom ring and the front element is entirely taken up by the focus ring, which is approximately 1.5 cm wide. Even though the lens is not marketed as weather sealed, there is at least one seal on the lens, found around the mount. This seal will at least protect the camera body even if it doesn’t mean the lens is WR. The black seal around the lens mount can be seen around the metal mount in the photo below: 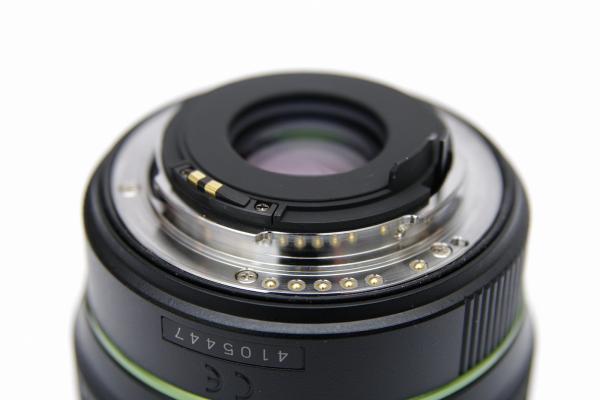 The lens is provided with a petal shaped hood which reverses for storage. The inside of the hood has a rougher texture than the outside, but it is unclear if this would minimize reflections. Using the focus ring with the hood reversed is all but impossible. The hood features the removable window unique to Pentax. That window allows easy access to turning a polarizing filter. It baffles this reviewer that other manufacturers have not caught up with this simple but very effective feature. 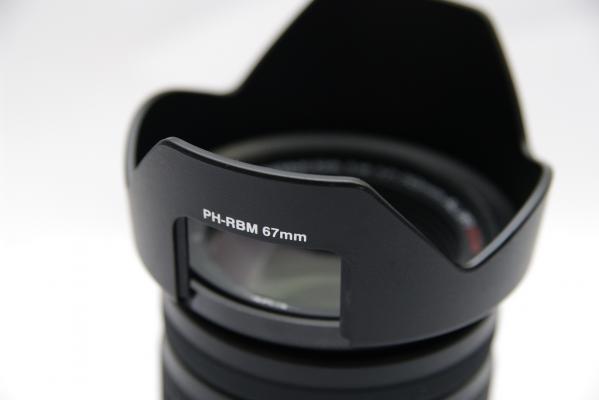 The maximum aperture is a constant f/4 at all focal lengths. 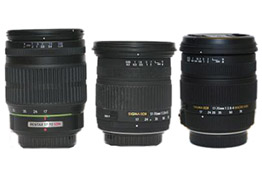