Wide lenses are rarely sought for to create impressive subject isolation, since the depth of field quickly becomes deep. Thanks to its fast F2.8 aperture, 9 aperture blades and close focusing capabilities, the GR III can in theory offer good subject isolation despite its 18.3mm (28mm full frame equivalent) focal length.

For the most part, the out of focus blur of the GR III is adequate. It is certainly not the best we have seen, but the textures are smooth enough at wider apertures. With an actual 18.3mm lens, subject isolation is hard to accomplish once the aperture closes.

Highlights show a distracting "donut" shape at medium apertures (from F5.6 to F11). It is more obvious at F8, as can be seen in the following crop. 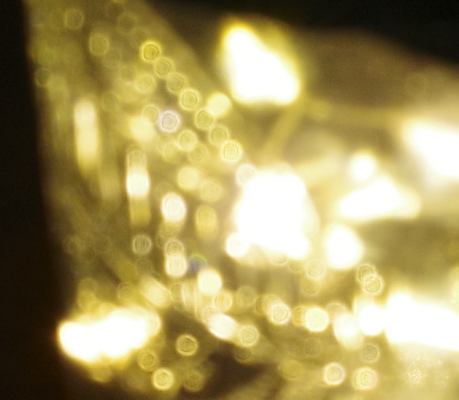 The size of the light highlights will determine how easy it is to spot these patterns, but they are certainly a letdown.

Bokeh from the GR III is adequate, with good subject isolation and creamy textures wide open. Closing down the aperture shows the limitations of wide angle lenses in general, and of this particular lens specifically.

The only true drawback is the presence of onion ring-shaped halos on out of focus highlights, something to be aware, and wary, of.