After thoroughly testing the Ricoh GR III, it becomes extremely easy to understand why this camera has garnered such excitement upon its launch. 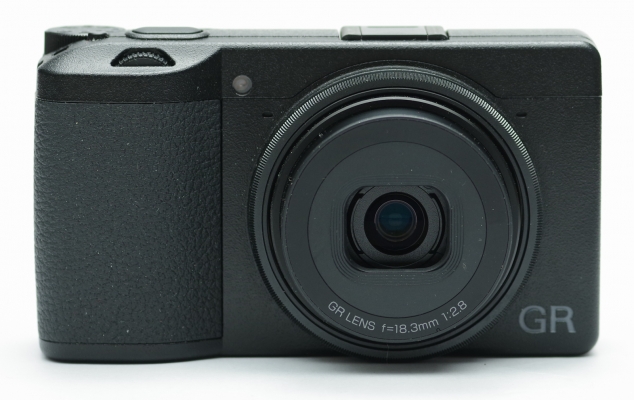 The GR III really has a lot going for it. An ultra-compact camera with APS-C sensor is a rarity in itself. Add sensor-based image stabilization and the package becomes even more unique. Throw in a wide, high-quality F2.8 lens and a plethora of extra features, and this camera becomes something special.

The GR III is all this. First, its body is small and extremely refined. The finish is elegant, the assembly is tight and materials are high-quality. Buttons are responsive and their layout is logical and efficient, if not immediately intuitive for DSLR users. The removable ring at the front has a tendency to fall off on some units, however. We also lament the fact that the camera is not weatherproof. Given Pentax and Ricoh's strong stand in this regard, it seems like an important oversight. Weatherproofing would have turned the GR III into an even more robust and versatile product.

The touchscreen is more than an afterthought. While never being necessary to the camera's workflow, it adds new ways to interact with the camera and often speeds up operations. It is responsive and its resolution is high enough for all applications. It also benefits from the daylight brightness boost now found on Pentax DSLRs, which preserves color balance while making the screen brighter.

Operating the GR III is fast, most operations being nearly instant. The menu structure is logical, and will be familiar to seasoned Pentax and Ricoh users. The sheer number of options make us wish for a customizable shortcuts menu.

The camera's sensor truly is on par with the current best APS-C sensors available. High-ISO performances are excellent, particularly using RAW as can be expected. The JPEG engine also performs admirably, with a good balance between detail and noise cancellation. It can also be commended for its impressive color accuracy at extreme ISO values.

The lens is, of course, at the heart of a high-end camera. In this regard, the 28mm (18.3mm actual) F2.8 lens on the GR III does not disappoint. Sharpness is as good as can be expected, with impressive balance between center and corners. Aberrations are almost absent, flare is minimal, and distortion are among the best we have seen for a wide lens. Bokeh is adequate, though not groundbreaking, and the lens does suffer from onion ring-shaped halos around blurred highlight. vignetting is also high if left uncorrected. Since the camera offers automatic vignetting correction, vignetting is in fact a non-issue.

At launch, the GR III's autofocus system was underwhelming. Ricoh quickly released firmware 1.10, which we used for these tests, and which dramatically improved AF speed and accuracy, particularly in low light. This update has turned the GR III into one of the fastest AF cameras we have tested.

In typical Ricoh/Pentax fashion, the movie mode is adequate without being groundbreaking. The GR III offers full HD but no 4K option. Videos are perfectly acceptable in quality, and the touch focus AF is available during filming, which dramatically increases the ease of focus tracking while recording.

Bluetooth and Wi-Fi connectivity are both offered, though at the moment of writing both options are severely limited. Ricoh will release updates in the near future to take advantage of these modes. The use of USB-C, both for image transfer and battery charging, is a forward-thinking and commendable decision.

The perks and extra features of the GR III are too numerous to list here. We will mention a few noteworthy, in additions to those previously mentioned. The automatic ND filter is a clever and extremely useful tool. Snap focus can speed up the workflow. The fully PTTL compatible hotshoe will please advanced users, as will the RAW mode with DNG output. The macro mode offers added possibilities. The dynamic anti-aliasing system and dust removal make the camera even more robust. The camera offers impressive customization options, while still offering wonderful simplicity and fast-paced shooting.

While not without flaws, the Ricoh GR III is a praiseworthy camera. Its sensor, lens and features let it sit comfortably next to a DSLR.

Who is it For

The GR III caters to two crowds, The first is the seasoned DSLR user looking for a smaller package while preserving the sensor and optical performances of a larger camera. The second is the casual user, maybe used to taking pictures with a smartphone, who wants to upgrade to a more capable camera without sacrificing compactness. Both of these crowds will be well served by the GR III.

A third, less intuitive use case, also emerges: DSLR users who do not want to spend money on a large, fast wide angle lens, might be better served by simply selecting this camera instead of adding a lens to their lineup.

The GR III's launch price made quite a few users cringe. While not a surprise, being close to the launch price of its predecessor, the price still can be hard to stomach for some.

When taking the time to understand the camera, what it offers, and what it should be compared to, the GR III starts to make a lot more sense.

The GR III is a capable, well-designed and fully featured camera fully deserving the praise and market recognition it received.  It is one of the few truly noteworthy compact digital cameras availabile today.

Be sure to check the user reviews or post your own if you already own the GR III!