The Ricoh GR line of cameras has a history dating from the film era, with several models released over the years. In the age of digital sensors, the GR line is synonym with compact, elegant bodies featuring advanced controls and, most importantly, an APS-C sensor. 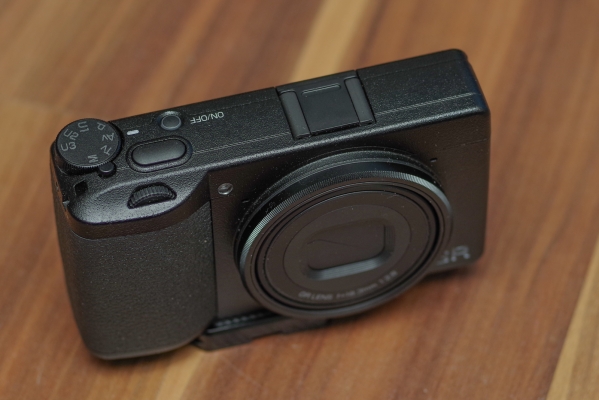 With cell phone cameras improving each year, the market for compact cameras has shrunk considerably, and most successful models have something to differentiate them. For some, it’s the ability to operate underwater. For others, it’s an extreme zoom range. For the GR cameras, it’s the combination of a high-quality fixed lens and the largest sensor available on a pocketable camera.

The previous GR iteration, called the GR II, was released in 2015. This year, Ricoh launched a new version, logically called the GR III. Following the same design ethos, it offers a 24.2 MP APS-C sensor, a 28mm effective F2.8 lens, a hotshoe and all the shooting modes usually expected on a DSLR. It foregoes the built-in flash found on the previous model, but adds shake reduction, the same anti-aliasing simulator found on Pentax DSLRs, a touchscreen LCD, USB-C as well as Bluetooth and Wi-Fi connectivity. It also manages to pack all these features in a smaller body size, one that really does fit on the palm of the hand.

In this review, we will make a thorough evaluation of the GR III’s ergonomics, features and functionalities, operation, and optical performances. We will also discuss the relevance of such a camera in 2019.  We tested the camera with firmware version 1.10.

Read on to find out what we thought about the Ricoh GR III.