As can be expected, the Ricoh GR III offers a video mode. As can also be expected, video on the GR III is far from class-leading.

By default, video is accessed by pressing a button on the left side of the camera, or via the menu. 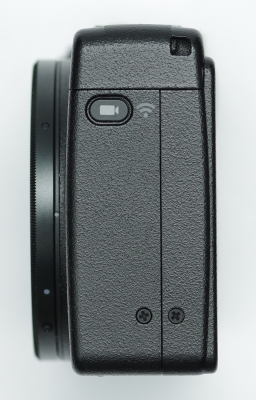 The GR III saves MPEG video files in the H.264 codec. There are no other supported formats, nor is there a video quality setting in the camera.  Clips are limited to 4GB in filesize (about 25 minutes at maximum resolution). Movies have a full HD (1080x1920) resolution, with three available frame rates: 60p/30p/24p. The camera does not offer 4K resolution, something which is slowly becoming more common on high-end DSLRs.

Audio can be recorded through the built-in stereo microphone. There is no provision for an external microphone or a monitor, nor would we expect any on this small camera.

There are also options to configure the autofocus type while not recording, turn on focus peaking, and activate touch AF, which is available even during recording. In that case, it works in AF point + Activate focus mode, and does not start or stop recordings.

The camera operates in P mode, regardless of the position of the mode dial. Exposure compensation is available.

In video mode, the Gr III applies a small crop to the frame beyond the crop necessitated by the 16:9 aspect ratio.  This is done to improve the effectiveness of stabilization, which is purely electronic. The image below depicts the video recording area: 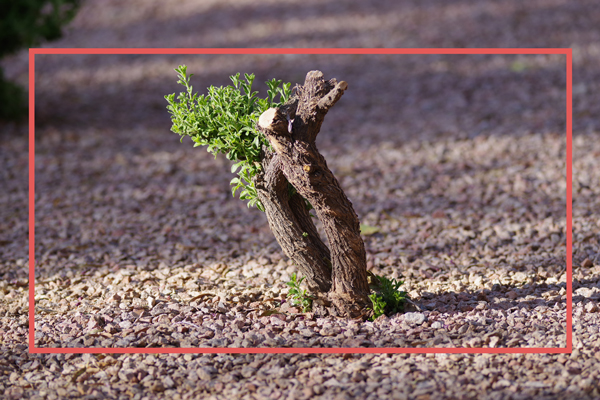 In red: the sensor area that records video

The GR III improves on most Ricoh/Pentax products in one key area: continuous autofocus during video recording. While the camera can use manual or Snap focus if thus configured, by default it operates in continuous AF, a small revolution when compared even with flagship DSLRs from Pentax.

In our experience, AF during video works well, close to what a typical smartphone would offer. Especially considering the touchscreen, a smartphone is indeed probably the best comparison point, rather than a DSLR. Some hunting in low light did occur when the subject changed position, but rarely. In most cases, for casual video recording the GR III is a viable option.

The following sample shows how the camera is able to refocus and track a moving subject without any user intervention. We used a close focusing distance to enhance movements and reduce the depth of field.

Video quality falls within expectations. That is to say, the compression level does not have a dramatic impact on the scenes' color rendering, dynamic range or details. There is some aliasing visible in certain situations, however, as can be seen on the sample below shot at 1080/60p. Focus was set on the post near the center of the frame.

The GR III is a Ricoh camera, but its feature set means that it will naturally be compared to Pentax DSLRs. Since 2012, no Pentax DSLR has offered sensor-shift (mechanical) stabilization in video mode.  This trend continues with the GR III.  When enabled, video stabilization is purely electronic and results in the infamous "jello effect" particularly visible when moving the frame around.When the camera remains mostly still, electronic SR does improve stability.

Sample clip with SR off:

Sample clip with SR on:

This last sample shows the effect of SR in a dramatic way.

For a camera mainly designed for stills, the GR III handles video capture well enough. In particular, continuous AF and the ability to use the touchscreen to select the focus point are significant improvements when compared with even the most recent Pentax DSLRs. Video quality meets expectations, without breaking new grounds.

We should mention things like the lack of mechanical SR or 4K support. Given the intended market for the GR III, it is perhaps not surprising that Ricoh spent more time working on the photography aspects rather than video.