Tilt-shift lenses are a very specialized type of photographic tool. The first shift lens available for an SLR was released by Nikon in 1962. Canon created the first tilt AND shift lens in 1973. While never as popular as regular lenses, they do have their followings. As of 2016, Canon offers four tilt-shift lenses and Nikon offers three, while Pentax does not currently offer any tilt-shift lens. The only Pentax-branded product of this type is the K 28mm F3.5 Shift, which was released in 1975.

The full-frame Samyang/Rokinon 24mm Tilt-Shift F3.5 ED AS UMC lens is thus a welcome addition to the list of K-mount compatible lenses. While there have been several tilt-shift lenses proposed by third-party manufacturers over the years, the Rokinon is the only one currently available new for Pentax. This lens makes a lot more sense now that the Pentax K-1 is available, as it offers a very generous field of view on full frame. 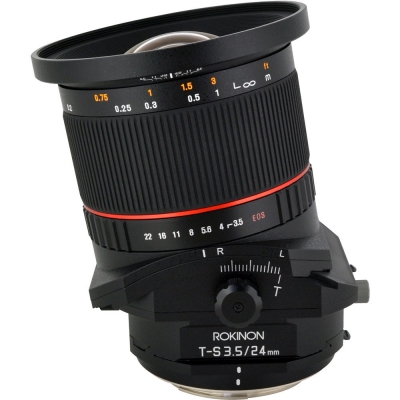 Tilt-shift lenses can be used, among other things, to control perspective or change the plane of focus. They grant a level of creativity and control not easily achieved by other means.

The lens is available under many manufacturer names, depending on region, including Samyang, Bower, Rokinon. Apart from labeling, the various brands have no impact on performance or specifications. It is offered for many camera mounts: Canon EF and EF-M, Fujifilm X, Olympus / Panasonic Four Thirds and Micro Four Thirds, Pentax K, Samsung NX, and Sony A and E mounts.

For this review, we will test the Rokinon version with the Pentax K-1. With a street price of $799 as of July 2016, the Rokinon lens is a compelling offering, about half the price of equivalent lenses from Canon or Nikon. Being the only available tilt-shift for Pentax, it suffers no competition (except the scarce, prohibitively expensive Schneider tilt-shifts). Does it still perform well enough to find its place in a photographer's bag? Read the review and find out!

Next: What is Tilt-shift?

Ready to get your Rokinon Tilt-Shift 24mm F3.5? Click below to place an order or check current pricing. 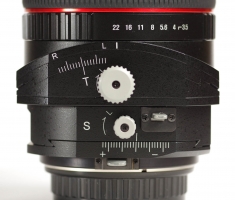