The Samyang 16mm F2.0 ED AS UMC CS is a fast manual focus wide-angle prime made by the Korean lens manufacturer Samyang.  You might also find identical clones of this lens sold under the Rokinon or Bower brand names, among others, depending on where you live.

This lens comes in many different SLR mounts including the Pentax K-mount (KA variant) and its F2.0 maximum aperture makes it faster than genuine Pentax alternatives including the DA 14mm F2.8 and DA 15mm F4 Limited. It is designed specifically for APS-C sensors and provides a 83.1° field of view while being incredibly sharp even at its widest aperture of F2.0.  At a street price of just $369 in the US, the 16mm is also more affordable than its competitors.

Samyang has been known to make lenses that do not disappoint optically while being an excellent value. The company offers a wide selection of manual focus primes that come at very affordable prices when compared to 1st or 3rd party autofocus lens manufacturers. Although the lenses that Samyang offers are strictly manual focusing, they still feature automatic exposure (the "A" setting on the aperture ring) and can thus be used in all exposure modes without restrictions. 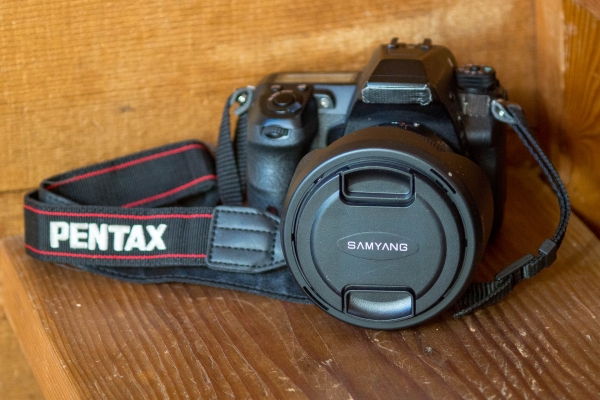 For the purposes of this review, we will be discussing the Pentax K-mount version of the Samyang 16mm.  Other available mounts include Nikon (F), Sony (A & E), Canon (EOS & M), Fuji (X), and Micro Four-Thirds.

The Samyang 16mm F4 can be seen as an alternative to the Pentax 15mm F4 Limited, so in this review, we will be performing numerous comparisons between those two lenses.

Ready to get your Samyang 16mm F2 ED AS UMC CS? Click below to place an order or check current pricing. 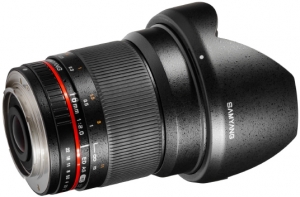