During Photokina in 2012, Sigma officially announced a re-structuring of their entire lens lineup, declaring that all future lenses would each be part of one of three new product lines: "Contemporary" for affordable consumer lenses, "Sport" for fast and weather-sealed telephoto lenses, or "Art" for high-performance primes and zooms.

In the early spring of 2013, rumors emerged of a Sigma lens with an unusually short zoom range (18-35mm) but a clearly incorrect aperture (F1.8). Initially accepted as trolls running with some intern's typo, the rumors were confirmed with the official announcement of the Sigma 18-35mm F1.8 DC HSM "Art" lens that April, setting the photographic world ablaze. Still, enthusiasts remained in disbelief to not have the aperture mistaken for F2.8, and in fact be F1.8 - the first ever DSLR zoom lens to boast such a constant speed. 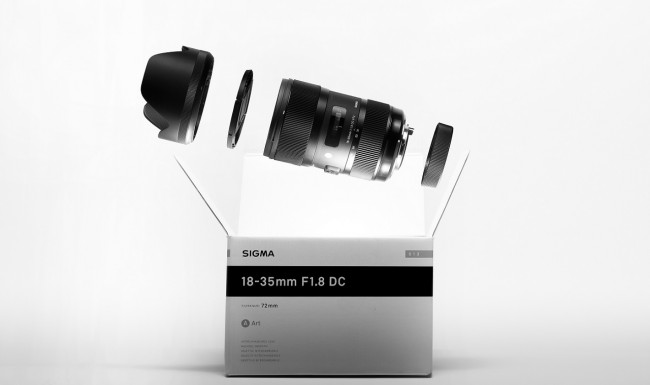 To see a larger version of the above "explosion," click here.

Eager to get our hands on one (like other Pentax users), we were convinced that because of the exclusion of in-lens stabilization, this was a lens destined for Pentax's in-body shake reduction. Anticipation ran high as the number of pre-orders soared, only to be met with agony by the multiple delays of when to expect the lens in K-mount, thanks to the voracious demand for it in Canon and Nikon mounts.

This objective had Pentax users particularly rabid because it fills a critical gap in Pentax's lens line-up. Looking for a 35mm F1.8, 28mm F1.8, or 24mm F1.8? Even worse, an 18mm F1.8? The lack of fast wide-angle lenses available for K-mount has been a sore subject among Pentaxians for quite some time, with but a few third party options available.

445 days after that historic announcement (but who's counting?), the wait was finally over with shipments brandishing K-mounts being sent around the globe. It is currently available for order at B&H Photo for $799.

Does the world's only F1.8 constant zoom maintain that legacy?

Ready to get your Sigma 18-35mm F1.8 DC HSM "Art"? Click below to place an order or check current pricing.