During 2012's Photokina convention held in Cologne, Germany, Sigma Japan announced a complete revamping of their entire lens line-up, which involved arranging all future lenses as part of one of three new product lines: "Contemporary" for affordable consumer lenses, "Sport" for fast and weather-sealed telephoto lenses, or "Art" for high-performance primes and zooms. Coinciding with this announcement was a USB "dock" that would attach to the lens mount and allow for adjusting and tweaking multiple settings, from autofocus calibrating to custom user modes (if the lens had any).

In addition to the other lenses announced, this specific item resulted in quite a buzz as nothing of the like had been released by any lens manufacturer— then or since. Sigma stated that the USB Lens dock would become available for Pentax and Sony lenses starting in April 2013 as it had initially only been available for Sigma, Canon, and Nikon mounts. We finally got our hands on one to use in conjunction with the Sigma 18-35 F1.8 "Art" lens review that we published in late 2014. 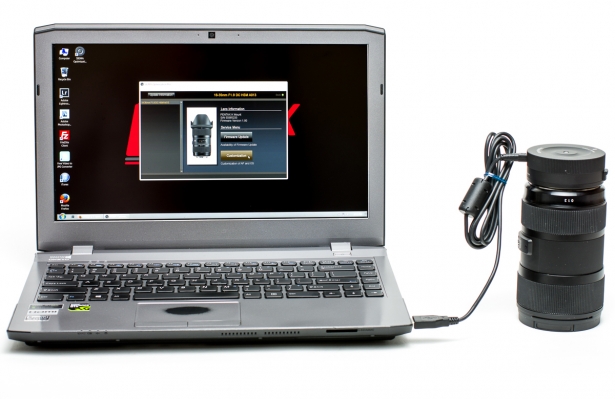 This innovative accessory allows users to perform lens autofocus adjustments, focus limiter adjustments, and firmware updates without the need for professional servicing.  In the US, it retails for just $59.

The USB dock is only compatible with Sigma Global Vision lenses, and thus only those that are from the "Art", "Contemporary", and "Sports" series. As you would image, the dock has to match the mount of the lens. For example a Canon dock will not work with your Nikon or Pentax lenses.

Not related to the USB dock itself, but another great feature/service offered by Sigma is their "Mount Conversion Service" made available for those who own their lenses and have switched their gear to another mount (Pentax to Nikon, Nikon to Canon, Canon to Pentax, etc.). We wanted to address it here that the USB dock does not offer the ability to do that; you have to send your lens to Sigma to have the mount changed. Additionally, the mount conversion service only applies to Sigma Global Vision lenses.

Even more restricting for Pentax users is that this service is only available if the lens is currently in production in both mounts. For example, as much as some of us are pining for Sigma's new 50mm F1.4 HSM "Art" prime, or even their 120-300 F2.8 HSM OS "Sport" lens, your plan to buy a Canon or Nikon version of either and have it converted is unfortunately not viable since these lenses are not currently available in the K mount. Again, the mount conversion offered by Sigma is not related to the USB Dock this publication covers, however we wanted to dispel any rumors and/or confusion that may still be present between the two.

Before getting to the tutorial and how the dock works, on the next page we take a quick look at what to expect if you decide to sate your G.A.S.* with Sigma's new dock.

Ready to get your Sigma USB Dock Tutorial and? Click below to place an order or check current pricing. 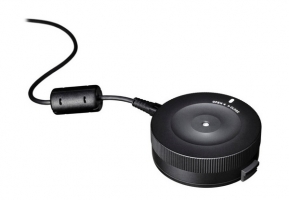