The SMC Pentax-FA 31mm F1.8 AL Limited is a lens that needs no introduction. Created in 2001 by the legendary lens designer Jun Hirakawa, the FA 31mm is part of a trio of FA Limited primes, together with the FA 43mm and FA 77mm. Often referred to as the Three Princesses or the Three Amigos, these lenses have often been numbered among the best lenses ever produced. 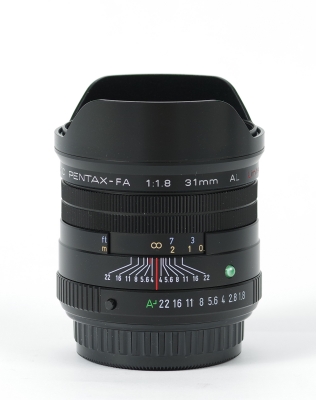 The FA 31mm, with its wide field of view (especially on full frame), is often regarded more as a landscapes lens, but it is not bound to this single application. Its fast maximum aperture and relatively small size make it convenient for street photography, candids and even group photography in a studio. On APS-C, 31mm becomes close to normal, behaving as a 50mm would on full frame.

With its finely crafted metal body, built-in petal hood, depth of field scale and aperture ring, the FA 31mm looks like a modern version of the rock solid lenses of the K and M lines. Small in size despite its fast aperture (in comparison, the APS-C only Sigma Art 30mm F1.4 is 26% heavier and 12% longer without a hood), the FA 31mm is a polyvalent lens designed to deliver great results in varied circumstances.

How does this translate in real world photography and in the studio? The FA 31mm is one of the most popular lenses in our user database, with an average rating of 9.51/10. In this review, we put the lens through its paces and see what it can offer to photographers willing to face its hefty price tag.

Next: Design philosophy of the FA Limited lenses

Ready to get your SMC Pentax-FA 31mm F1.8 AL Limited? Click below to place an order or check current pricing. 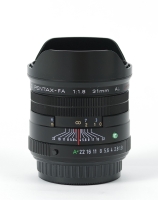