We used a variety of lenses with the A7, including an FA Limited lens and the smc Pentax-A 35-105mm zoom, which was a much liked lens in its time.

Some general remarks about how the camera/adapter/lens handles are in order before we cover the specific lens types. 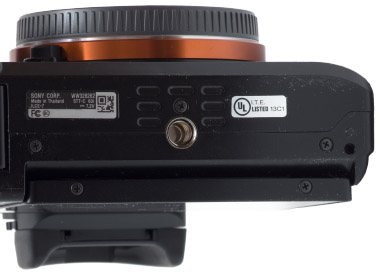 The smc Pentax-A 24mm F2.8 lens is small and compact, 42 mm long and weighs in at just 205 g. It balances well on the A7 with the Novoflex adapter (which is also light at only 100 g), and produces good images albeit somewhat soft at the edges. Whether this is due to the lens on its own or to the lens/camera combination we cannot determine. The Sony Alpha 7 could be optimized for lenses mounted close to the sensor and perhaps performs less well with lenses mounted on a longish adapter (click the thumbnails to enlarge and browse).

This lens is compact and handles well on the A7 and it produced excellent images to boot. The only negative is the short throw of the focusing ring which makes the lens a bit less suitable for manual focusing.

The FA 31mm Limited is as suitable for use as a manual focus lens as the K, M, and A-series lenses: It has a well dampened focusing ring and a decent focusing throw. This characteristic is shared by all three FA limited lenses, the D FA lenses, and the FA* lenses. The remaining F and FA-series lenses typically has a short focusing throw and an under dampened focusing ring that easily gets knocked out of position.

This lens was a pleasure to use. It has a versatile focal length and it was nice to be able to use it as a wide angle lens again, something we can't enjoy with a Pentax APS-C sensor camera. The 31mm lens produces excellent results, but with some softness at the far edges (click the thumbnails to enlarge and browse).

The smc Pentax-A 35-105mm fixed maximum aperture zoom has a very convenient focusing range on a full frame camera and was one of our favorite lenses when we shot with a Pentax Super Program. We have held on to this lens in anticipation of a future Pentax full frame camera, so we were anxious to check it out on the Sony.

Also this lens balances well on the Sony and it is a benefit that it is a two touch zoom (separate zoom ring and focusing ring) because it can then be zoomed without loosing the focus distance set. Since focusing (and refocusing) is cumbersome this is a good thing (click the thumbnails to enlarge and browse).

The image quality in the center is very good to excellent, whereas the edges are somewhat soft, in particular at 85mm, where we find the result unacceptable.

The A 35-210mm F3.5-4.5 4x zoom is not particularly highly rated by our users. Interestingly, the images it produces at its wide end with the Sony Alpha 7 are not much worse than the other lenses we tried. Perhaps we just happen to have a good copy.

Handling is poor, though, and we cannot recommend this lens (and similar lenses) with the Sony:

Since this lens is a one touch zoom, the focus easily gets shifted when pushing/pulling the combined zoom/focusing ring, in particular because the Sony A7 camera body is too small to offer a good hold on the contraption. Add to that the need to open op the aperture to adjust focus with some accuracy and things get very inconvenient. Correcting such focus shift while zooming would not be a problem with full aperture focusing, with a good optical viewfinder and a larger camera like this lens was designed for. Click the thumbnails to enlarge and browse.

This zoom performs well at the wider angles and not any worse than the A35-105 at 35mm. At 85mm it is much better than the A35-105. At longer focal lengths the edges become quite soft.

This old work horse of a lens has basically had the same optical construction for the past 50 years through its many incarnations. Not surprisingly, it performs excellently on the Sony and being small and light, it also handles well (click the thumbnails to enlarge and browse).

We would expect the same excellent results from the F, A, M and K versions of the 50mm F1.4 lens as well as from the FA, F, A, and M 50mm F1.7 lenses. The manual focus variants (A, M, and K) are preferable - they are easier to focus accurately due to the larger throw and their focusing rings are dampened and don't get knocked off the setting.

The smc Pentax-FA 77mm F1.8 Limited balances well on the A7, but we found it somewhat hit and miss to get focus just right.

The lens is shown with the built-in hood extended.

The image quality is excellent, sharp and with good contrast edge to edge and with just a hint of color fringing at the edges.

The smc Pentax-D FA 100mm F2.8 Macro WR is relatively compact and light and balances well on the Sony. It has no aperture ring and the aperture is therefore controlled with the ring on the Novoflex adapter. The throw of said ring is quite small so care must be taken that one doesn't inadvertently stop the lens down so much that  diffraction sets in. There is no way to know precisely what F-stop the lens is set at, although by monitoring the number of steps the shutter speed changes in Av mode as the lens is stopped down will give a hint.

The results are excellent with this lens, sharp and good contrast corner to corner. The original D FA 100mm (or the FA and F predecessors) would be preferable, though, since they have an aperture ring. Optically these macro lenses are all the same.

Conclusion - Using K-mount Lenses on the Sony A7

The image quality is generally very good to excellent, with some softness at the edges with super wide angle lenses. We can't tell if this is due to the combination of these lenses with the A7, or if it would be the case on any full frame camera.

Best performing of the lenses we tried were the newer prime lenses (FA and D FA). The A 35-105 F3.5 was a disappointment at the middle of the zoom range - perhaps we have a bad copy.

While the image quality is not the issue, manual focusing on the A7 is the Achilles heel of using this camera in connection with Pentax lenses.

Ready to get your Sony A7 with Pentax Full-frame Glass? Click below to place an order or check current pricing.