In this article I will show how you can put a Pentax DSLR, such as the K200D, in an underwater case.

Everything started when I get the idea to take my camera underwater. At first I consider to buy a plastic waterproof bag, but I was affraid to put my camera in that, so I started browsing for an underwater case for Pentax. After some research, I found out that there are no underwater cases made specifically for Pentax DSLRs, and if it were available, it would be extremly expensive.

Fortunately, during the searching process I learned of a few brands specializing in underwater products, and found that Sea&Sea is very good manufacturer.

Just out of curiosity I started to browse their products on eBay to see what would pop up, and this yielded some itnerested results: A Sea&Sea 28-70mm K-mount lens, new old stock, for only $40. I found this intruguing, so I decided to find out what camera this lens belonged to. It was Sea&Sea SX-1000 camera, which looked to me like some old rebranded Pentax or Ricoh camera, so I decided to take a chance and bought the lens.

Meanwhile I found the dimensions of the this camera and compared them to those of my Pentax K200D, and they were pretty close.  Thus, I decided to buy the whole underwater system.  This system consisted of a case, the SX-1000 camera, a flat port, a base plate, and a flash.  Later I bought a second copy of this same system in order to have some spare parts and get a different lens (a 90mm F2.8 macro). The system is rated for a depth of 60 meters (about 200 feet), which is quite good. 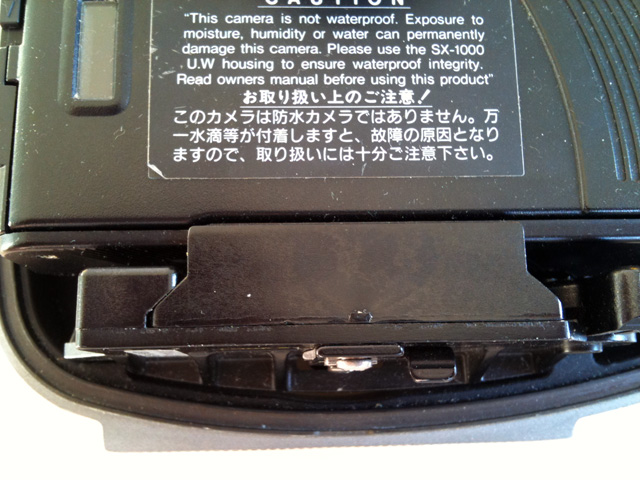 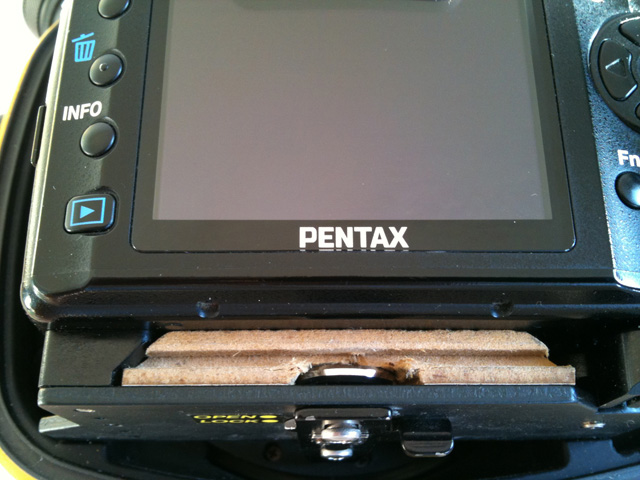 The original plate could not be easily modified, and it wouldn't center the camera, so I had to make a new one myself out of wood.  Ugly, but completely functional!

In figures 3-6 you can see the plate.  Notice how the hole is elongated; this is so that the camera can be moved around a bit to adjust its position. 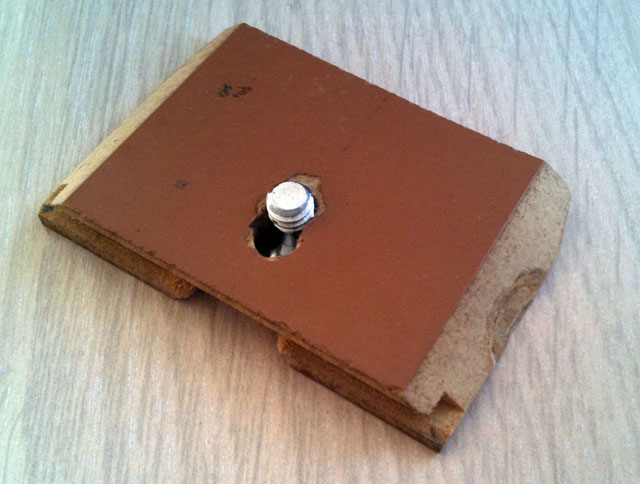 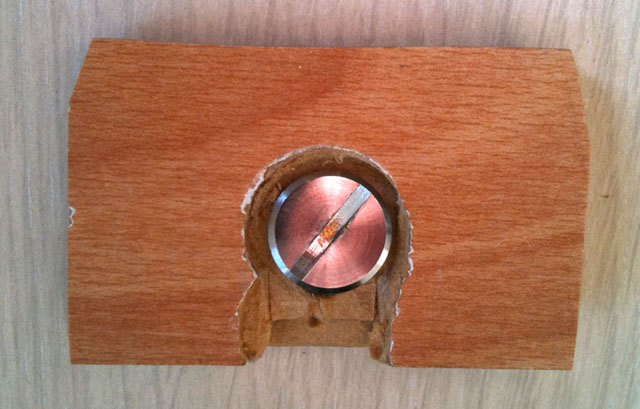 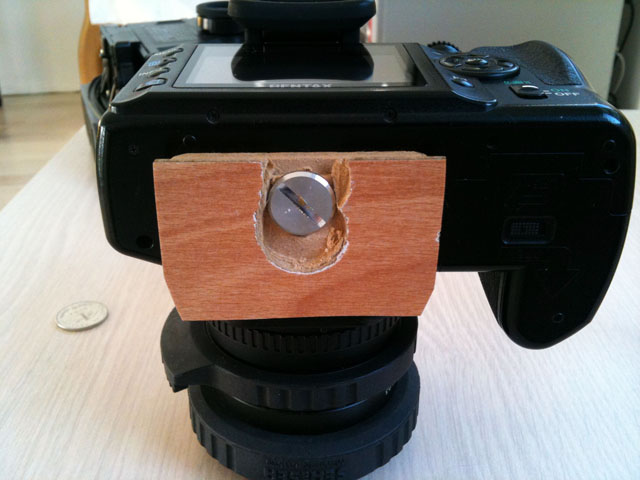 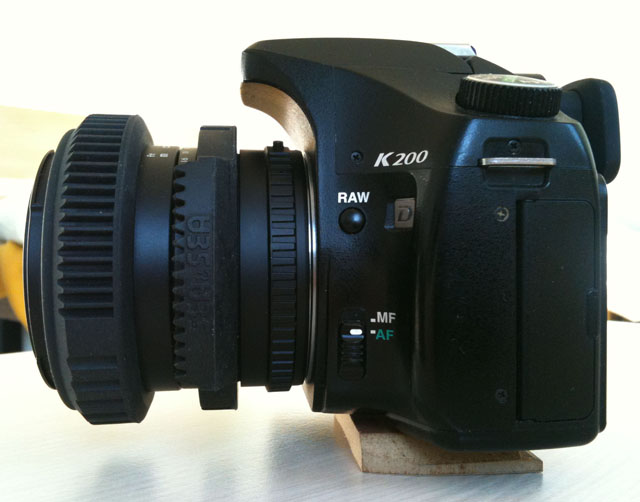 Ready to get your DIY: A Pentax Underwater Case? Click below to place an order or check current pricing. 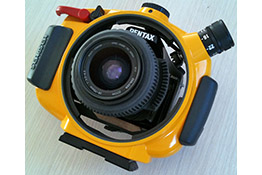