With an internal volume of 18 liters, the Veer 18L offers a moderate capacity. In most cases, it will be enough for a one-day outing.

The main access to the interior is via the large side opening, which is almost as long as the bag itself. 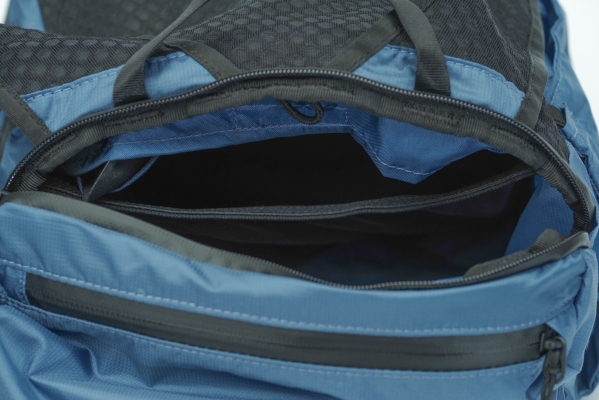 Another way to access the interior is from the top, where another zipper is located. This zipper is a bit narrow, which could hinder the handling of bulkier objects. For instance, the camera cube will not pass through this opening when full. The side access is better for larger items. The top access still allows the user to reach at the bottom of the bag with ease.

The interior is, in essence, one large compartment. With the camera cube removed, the whole volume is accessible to the user. 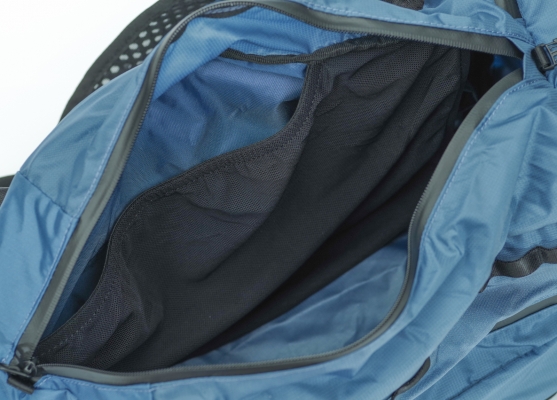 The mesh sleeve holding the cube in place covers the whole of the back. It is attached to the back panel in strategic places, to ensure that the camera cube does not move. This mesh panel can be used as a separator of sorts, for better internal organization. It can stabilize a tablet or small laptop if needed. The lowest part is more slack in order to allow the camera cube to be inserted. 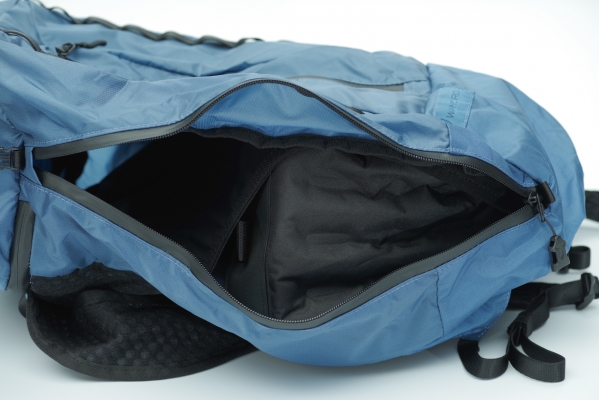 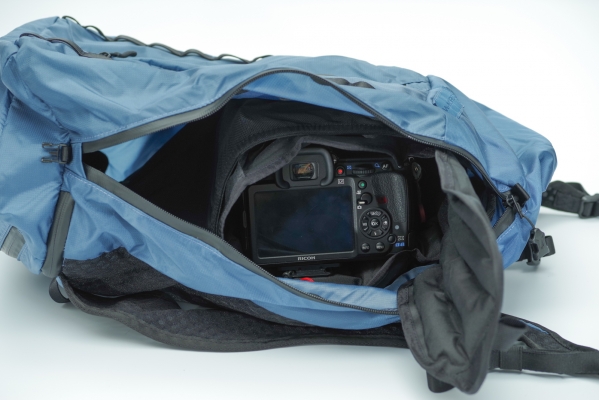 Accessing the camera is easy. A flap on the camera cube is held closed via Velcro. Opening the side access zipper and lifting the flap gives immediate access to the camera inside. 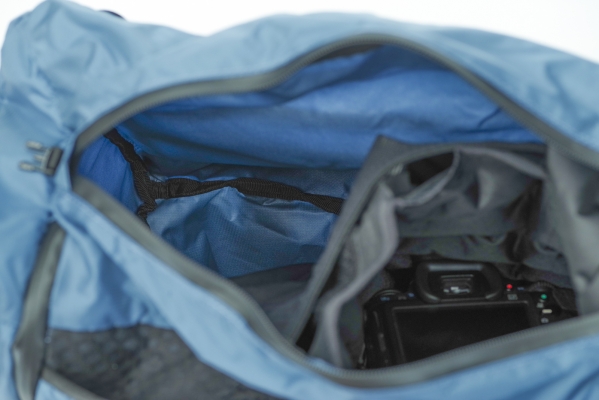 The cube stays correctly in place when pulling out the camera. This system works well and is fast. Putting the camera back is more finicky, requiring more care as the whole apparatus is flexible.

While the level of internal organization is better than expected for a minimalist backpack, it is still somewhat limited. That being said, the internal volume of the Veer isn’t far from what’s found in the main compartment of a larger bag. Structuring the contents of the Veer thus won’t be too difficult. In particular, the presence of the camera cube creates “top and bottom” sections, some space around the cube, and the possibility to use the top part of the mesh panel as a separate subsection.

With the backpack filled up, both the top and side access will be required to reach particular sections inside. The bottom section will be almost impossible to reach from the top when the bag is full. 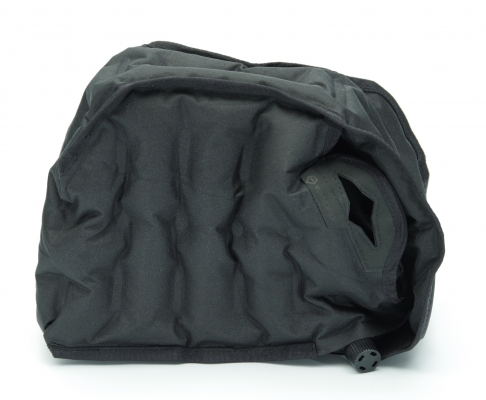 The camera cube works very well. It is easy to insert, offers a good compromise between flexibility and stiffness, along with a good level of protection. It is in no way lacking when compared to more traditional cubes and shouldn’t be cause for worry.

Its volume strikes a good balance. The largest system we were able to insert is a K-1 with an Irix 150mm mounted (including the tripod collar and foot for the lens). A K-1 with 28-105mm and a K-3 with a 16-85mm or a similar pair will fit with some room to spare: filters or battery charger could be placed at the bottom of the cube without problem. We also took the habit of stashing the cube’s pouch inside the cube. 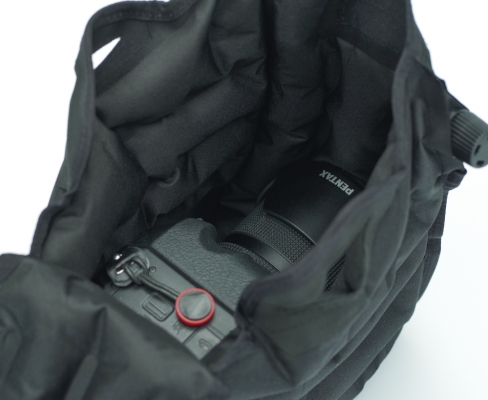 In most configurations, a camera can be placed either with the lens toward the bottom of the cube or toward the side. The latter option makes it easier to grab the camera, but longer lenses might require the former orientation, as the cube is a bit deeper than wide. Longer lenses, such as a 60-250mm, won’t fit inside when mounted. It is unlikely that a photographer would want to carry an overly large lens with a minimalist backpack. 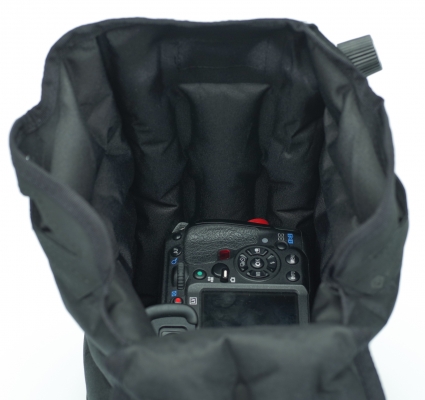 K-3 with FA 43mm, taking up half the volume of the cube

With smaller systems, like a mirrorless camera or a KP with a compact prime, the cube will almost be too large. In that case, stuffing in an extra item (such as a flexible lens case, or a small shirt) will prevent the camera from moving too much. The flap could also be pushed inside, but there’s no guarantee that it will stay in place.

WANDRD offers an inflatable lens case as an additional accessory for the Veer system. It should be possible to use this case with a pancake lens and store it inside the cube as well, although we were not able to test this.

Despite its limited number of features, and compact size, the Veer 18L ticks most of the boxes regarding internal organization. It certainly delivers more than what we would expect of a minimalist backpack. In particular, the camera cube is nicely made, works well and offers a good level of protection.

Ready to get your Wandrd Veer 18L Inflatable Backpack? Click below to place an order or check current pricing. 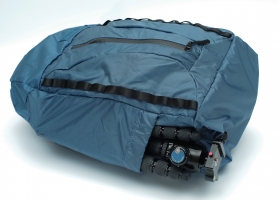